Losing Interest In The Future 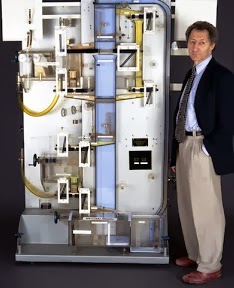 In his blog on 30 December last year, John Redwood suggests that interest rates are likely to rise and should rise.  He will come under attack for this from a variety of people who are committed to intervention of one sort or another.  One group is by people who describe themselves as Keynesian.

At the risk of repetition, the John Maynard Keynes work on managing an economy and attempting to avoid boom and bust is titled "The General Theory of Employment, Interest and Money".  I cannot claim to have read it on publication in 1936, being concerned with other matters such as training my parents in child care.

Keynes, a man of great intellect, died too early possibly due to the strains of war and after when he was engaged in national work to prevent economic collapse following World War Two.  With the experience of that period what development might there have been in his thinking?

This has been left to others and their various agendas and ideas, some attempting to marry Keynes to other systems, some to reinvent him to suit the political needs at the time.  In the UK and the USA although with differences there were some prime examples of this during the 1960's.

These introduced errors and fallacies that culminated in the economic crises of the 1970's which gave scope to other theories and ideas about economic management that governments inflicted on their economies skipping the detail, the hard parts and decisions.

With some ups and downs this went wrong several years ago.  The start point is debated but my bet is on the problems in the US property market that began in a small way at the end of 2005.  I have taken expert and informed opinion on this.

When it was clear that we were in real trouble a couple of years later in 2007 as crash followed crash the race was on for answers and for policies that could be sold politically.  One popular set of ideas can be loosely called Neo-Keynesian.

Among other things, it takes the Interest part out of the theory, puts the emphasis on Money in the hope that this will fix the Employment problems.  Essentially, it is like taking the brakes off the car to get to your destination quicker.

This may work on a clear freeway/motorway in good weather.  But if you are on a back road on a foggy night it doesn't.  Also, it may work at first but as the journey progresses the risks are likely to increase and after a time both driving and direction finding become all too complicated.

We are at the point when this is happening and stresses are building up.  Because as part of our cheating on the theory we have been manipulating the figures and have allowed huge and serious financial fraud we do not know what we are doing.

Many years ago Professor Phillips of the LSE constructed his famous machine, pictured above, to demonstrate how Keynes ideas worked by virtue of coloured waters moving around according to inputs and outputs.  I had a large diagram related to this which showed how a credit squeeze ought to work.

He was an engineer so it was a mechanistic model that assumed the parts would work together as they should and according to the specifications and design. He did not anticipate that if the machine was left to "cowboy" political managers of economies and their financial and media cronies the maintenance and repairs needed would not be done properly, if at all.

In the mid 1960's it became apparent that as time went on the political failure to allow critical inputs and outputs to be as they should be was leading to the potential failure of the whole system.  One reason was for the way central control of capital investment led to serious  distortions.

All the talk recent talk has been of the Money side, the easing and spending and other matters. Interest has become an ancillary feature tailored to suit preferences. But sooner or later the question of Interest will have to be faced with difficult political decisions.

The present handling of interest rates has come to be a hall or mirrors which like the amusement part kinds do not reflect any reality but are warped to produce an effect. In particular there is the keeping of rates low for government borrowing allied to centralised support to prop up broke banks and their related financial entities.

These are intended to allow governments to carry on spending and indirectly to support consumption much of which depends on rising consumer debt and mortgage liabilities.  This in turn is leading to large numbers of people relying on short term credit on which the interest is at rates which once would have been seen as criminal usury, with all the consequences.

One feature of the use of distorted rates of interest allied with extractive lending policies has been the squalid treatment of many smaller firms, companies that need real credit, many of them are the very new firms, some innovative, on which a future economy could depend.  They are defrauded, asset stripped and put out of business as a matter of banking policy.

Another major sector of the economy in which the rates of interest are used for purposes beyond ordinary credit and economic management is the vast money laundering allied to large scale criminal operations in turn connected to tax evasion via the government sponsored tax havens. We are all the losers in this and the losses are becoming greater.

Because of the distortions of interest rates and their impact on  our financial services we are taking bets and frantically trying to hedge them with fancy financial products, now the Money part of the equations that we hope will both win the bets and also win the hedging. This is not going to happen.

When the next crash comes, do not blame Keynes, he was a man of his time.  That was well over seventy years ago in another world and another age when the function of Interest in the economy was something real that could be grasped.

His theories and the many others that followed him are now as dust.  From gold dust we came and to gold dust our economies are likely to return if we forget what Interest is and what it is supposed to do.