Rock Around The Fracking 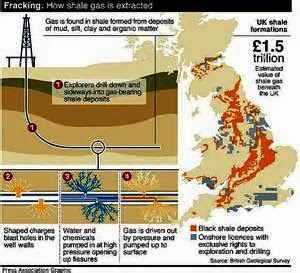 The hirsute Marquess of Bath of Longleat House, once a tabloid media favourite for the interesting life he led when younger, had retreated to his lair, or perhaps wine cellar, for some time.  He has emerged now as the hairy monster of the west of Wiltshire claiming that the mineral rights under the soils are part of his inheritance and heritage.

The Marquess was once much attached to popular music and especially the rock and roll form of it.  But the Thynne's had long been keen on the entertainment cultures of their times, notably the actresses.  The Thomas Thynne who was a major political figure in the late 18th Century was close to Richard Brinsley Sheridan and his circle.

He wants his share of the fracking loot to be had as Longleat is now a commercial tourist and agricultural business.  He is not alone, persons, if not ghosts from the past are also returning to claim ancient rights to this and that.  This has been spurred on by new regulations etc. that have prompted the Land Registry to ask that all be recorded properly for posterity, or taxation, or costs or other liabilities.

Many people who have bought the freehold property of their dreams in that lovely rural location are finding that they are not just liable for Council Tax, but also repairs to the village church, regardless of their beliefs, identity or ethnic group.  The long, complicated and messy history of legal property rights and ownership in Britain has claimed more victims to the small print.

Wearily, it has to be said that historically, we have been here before.  When the coal industry expanded rapidly, mineral rights were at the heart of the developments.  Owning them gave wealth to some, but ruin to others where the rights led to investment where there was little or no saleable coal to be had when you got to the seams.

Similarly, railways and a host of other major projects needed Acts of Parliament to go ahead despite opposition to those with rights.  When the opponent was politically powerful they might prevent or change the plans, which accounts for some of the odd routing of railways of the past and places where mining did not happen despite rich seams.  It is said that Oxfordshire is one such place.

Since the mid 20th Century and the creation of what is laughingly called the property owning democracy there has been the major shift from leasing and renting into freeholds. In the legal rush around many solicitors etc. there has been laxity and haste in dealing with the fine print or explaining the detail.  Hence the use of the word "messy" above.

As a result many people who think they own the land and all it has in their freehold will find that somebody else does.  This could be a cause of a lot of trouble.  Also the "free" in freehold may not be as free as you think.

The government promise to local councils that they are guaranteed their cut is a device to ensure that they are on the side of the frackers when push comes to shove, notably where people have bought former social housing.

The Gadarene rush to frack is to be expected given the UK's present financial and economic position.  Just as the overhang of the debt arising from the wars against Napoleon and the Prince Regent's devotion to The Arts meant mining coal and iron wherever possible in the 19th Century and then building railways to stimulate the booms (and busts) we do need a lot of money fast.

My position is quite simple.  Indeed the economic case to frack seems overwhelmingly strong, tempered by some reservations on the costing.  But we need to be mindful of the environment and all that and take the greatest care not to spoil things.  Also we need to ensure a fair distribution of the riches but that does not mean benefits.  The new wealth may keep property prices rising forever and a day.

So I am definitely in favour of some fracking in locations where the best yield and advantages are to be had.  Subject to one condition.  I do not want any drilling within ten miles of where I live, just in case, and because of course the environment and heritage.

Perhaps a start could be made in Hampstead, Hyde Park and Chipping Norton.


And when will the cost of filling my car tank go down?