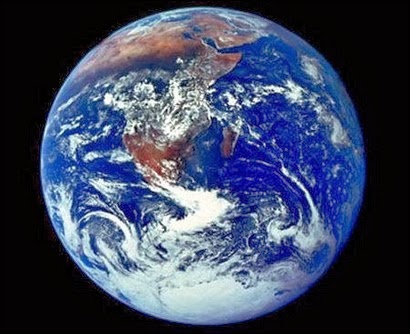 All around the world our leaders are proclaiming that they are intending to and able to make things better for all or most of us, or at least for those who support them.  There is endless talk of increasing GDP's, boosting consumption and improving standards of living.

Necessarily, if the population figures increase then if money is made available and economic activity increases proportionately then there will be more and more.  But this may not mean more for most individuals.  If the activity does not increase as much as the population then someone has to be the loser.

Which raises the question of whether the Earth's resources may be finite or not.  All our planning, political promises and many economic assumptions are on the basis that they are not. If they are then sooner or later at the present rate then there is trouble ahead.

One web site Our Finite World says that the end will soon be nigh if we are not careful and we are not being careful.  It is a long post but of interest.  All the devils, and there are many of them, are in the details.

In all the elections coming up if there were to be a party which said, sorry the game is up, we can only try to ease or slow the transition and try to make it fairer for all to ensure the pain is spread, I wonder what proportion of the vote they would win?