The Money Go Round 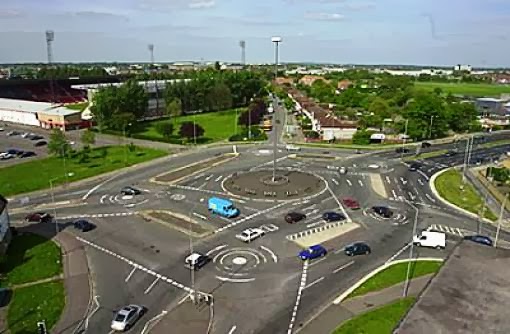 During the last part of the 20th Century and into the 21st, the UK has embarked on a gigantic social, financial and structural experiment.  It replaced an Empire and then a web of international trading where manufactures were the critical element with a financial system based on property in which manufactures became secondary and almost incidental.

This would take a large book to deal with and that would be a summary.  A brief post can be only a minimal and very rough sketch.  But trust me; I'm a blogger, have lived through and have been a part of it.  Also, it is an interest to scratch around the past in search of what has gone and been forgotten.

Our recent severe weather has provoked a media storm of coverage, anxieties and the usual political posturing.  In the UK almost all of it has centred on damage to property, how it should be protected at almost any cost and the relevant valuations.  At one time much the greater interest would have been what was going on at sea and in the ports, the damage to property would have been taken for granted as part of the risks of life.

Also, recently in the media has been the business of those in the private rental sector altering their approach in response to financial changes.  They no longer want to be a sub-set of social housing with tenants on benefits, their perceived need is tenants who either pay up or can be removed.

Many of the owners of rental properties depend on extensive credits which has to be covered. The way this private sector seems to have worked is that those in the business have taken on highly leveraged borrowing to fund the expansion needed for continuing coverage of liabilities.  Accordingly, rentals have needed to rise more than ordinary inflation.

This has begun to impact more extensively on the freehold private housing market in that rental companies are now more active in that field, helping in the South East at least to add to the demand in such a way that is an element in the well above inflation price rises there.

But the strange way we regard inflation in the UK is that we seem to think that a high level of rising prices are economically a good thing, in that necessarily they are popular with existing owners, notably renters needing increased asset values.  That is just another potentially damaging kind of inflation is almost a heresy among our leaders and financiers.

Looking around a variety of locations known to me over the last fifty years, I am seeing price increases of between 60 to 80 times face value.  A property I could buy at near three times salary in 1962 would now need seven to eight times salary if in the same sort of job and its kind ten or more times in the hotter spots.

Another contrast is the annual rentals on some properties are now greater than the cash price of the then freehold property some thirty to forty years ago.  As for leasehold this is now another world and "social housing" is an even stranger world.  We are now at a point where to be in social housing now is regarded popularly as conferring the equivalent of ownership for life and then to be bequeathed to family.

It is assumed also that housing is something to be financially supported by the state and that all sorts of tax breaks and hidden benefits occur.  Many so called "holiday cottages" are rarely rented to holiday makers and many "second homes" are not much lived in.  They have become "investments" that offer ways and means of avoiding tax.  The recent scandals of Parliamentary expenses largely turn on property dealing.

A consequence is that a lot of housing is removed from housing needs and to add to this a great deal is under occupied by any sort of comparison with the longer past.  At present there is extensive and expensive development going on in London which may well remain largely unoccupied being seen as a hedge for foreign investors on asset values needing a home for flight capital.

When you add other elements into the equation it becomes more difficult.  Firstly is that recently we have had more housing space than almost any people in history although that might now be changing.  Then there is the notion that more people means more money.

This may be true in total, but it may be untrue in terms of mean incomes and especially if housing costs continue to escalate at this rate driven by all sorts of funny money.  This will entail rather lower amounts of real disposable income and declining rapidly.  This will affect consumption another prop of our financial system at present.

It is possible that this great experiment will fail and the stresses are beginning to show.  It is possible that it must fail because it depends on impossible assumptions, almost dreams and that at some stage difficult decisions will be needed that will be avoided.

We hope that the money will not run out because our financiers will go on creating it in a way that will last forever.  But if this, along with government spending means that the incentive to save is removed so few can or will save the fewer and fewer will be able to afford either rentals or purchase.


And there might be no way out of the mess because the money flood has blocked all the routes.