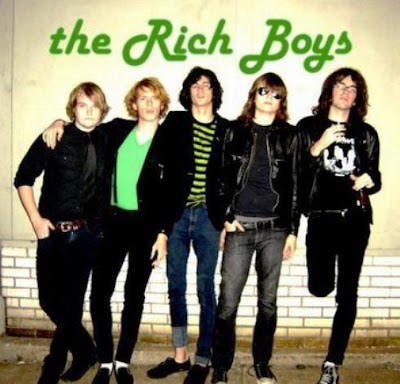 In the last few days Naked Capitalism has suggested a new form of aberrant behaviour that causes difficulties in the general community. It is Banker Derangement Syndrome which needs little explanation. It is one of those things we can all be sure about.

On Wednesday, Tax Justice Network dealt with the banks hysteria over the needs for more active tax compliance. They are claiming that it will add billions to their costs, essentially given present conditions this means yours and mine.

But the writer of the article claims to be a person who has actually worked in bank offices and dealt with customer accounts and the movements of funds. They assert that much if not all of the relevant information is already sitting there in the bank data systems and it would be no great matter to pass it on, if required.

The article is accompanied by a picture of the old Sex Pistols album “Never Mind The Bollocks” and states that this best describes the claims that the banks are making. But it is possible that the billions of expenses the bankers say will occur may be the fees for all the lawyers, consultants and the political donations necessary to defeat or avoid any such obligations.

As at present banks are run by people with good political connections who do not  know or understand much about what goes on in their organisations so it is quite possible that anything to do with the real work involved is beyond their competence.

But this allows us a key insight now into what modern banks are in terms of the intellectual history of the late 20th Century as applied to this sector of the economy.

We are now in the age of Punk Banking and many of the characteristics of that body of thinking and action are now embedding in bank policy and function. It is no surprise since so many of those now at the top in banks and politics were punk fans and rockers in the late 1970’s and through the 1980’s.

There is certainly anarchy, with no other word to describe the way the banks interact amongst themselves and in relation to society or community. Let it all happen, or hang out or whatever all that matters is what we do when we do and nobody has the right to question or regulate us.

As for being anti-authoritarian, this is more complicated. They certainly do not want anyone to exercise authority over them, especially elected governments with a nasty habit of listening to the little people. However, as this leads to zeal to control and to manage governments their stance is no clearer than their accounts.

The characteristics of vandalism and destruction as a means to progress, that is increasing their short term rates of return are self evident. The scale of what they have achieved in these activities over the last two decades is incredible.

Nihilism goes without saying, all that matters is the figures should look right and allow the corporations in question to award increasing proportions of the levels of wealth and capital amongst their crony elements. This is along with counter-culture in that any other form of human action or communication must be eliminated.

At present I am looking for a new mattress, one with a built in safe.
Posted by Demetrius at 15:57