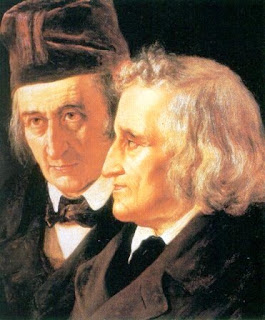 Apparently there is a book about the brothers Miliband and their life and times. It is suggested that at present the old family bonds are under strain and there is mutual discord in the clan. At one time the elder would have had most of the loot and the younger gone off to the colonies to fend for himself but modern life is a little more complicated.

Certainly there was an Imperial vision in the family. Once I found myself going down a long set of stairs in a hurry to make the bar opening time and was delayed by a group of important people being escorted by Ralph Miliband. He was praising the work and ambitions of his School. I quote, “We call it the Empire on which the concrete never sets.”

However, I think his idea was more a close connection to the Soviet Empire and its satraps than that of the collapsing British Empire or other derelict European ventures of the immediate past. From then through the sixties and seventies and into the eighties his and his associates saw the Eastern Bloc as their exemplar. I recall many times on the BBC Sports programmes how East Germany was held up as a shining example to us all.

The question was how it was to be done and the United Kingdom and the Republic of Ireland brought into the greater system of Socialism as defined by the works of Marx and Lenin. It was all to be done by numbers. The “science” of statistics fully applied was to enable State planning of all the key areas of activity. This would enable control of all forms of consumption and credit.

The Keynesian and connected schools were in many ways at that time the “Useful Idiots” whose work on mathematical economics and formulae for setting rates of interest and investment schedules and the rest would enable Socialism to gain absolute control over both the key financial and structural elements of the economy.

In the meantime over in New Jersey an American entrepreneur worked out a way of packing goods in big boxes for easy transport both internally and by sea and air. In China a differing vision of communism was emerging. In other places corporations began the age of cheap oil and other governments began to help their industries to compete and overtake their European competitors.

One UK problem was that to help former small colonies survive they were allowed to become tax havens and in the last decades of the 20th Century, with other locations, they became major drains on UK funds. The elite of the left with wealth were as active as any of the right in pursuing their personal interests.

Elsewhere, other academics and interests began to take an interest in the wider applications of mathematics to both war and the creation of money and the needs of logistics. Suddenly, all the old planning assumptions and their related inadequate data streams meant that both old style socialism and Keynesian thinking could not work as it was intended to.

The result is that we now have structures of government and control that are almost wholly detached from the realities of the world and not simply incompetent but incapable of exercising the essential functions of government. The debate about which one of the Miliband brothers will run a collapsing UK is purely academic and personal.

Perhaps Ralph Miliband should have spent more time looking at the ideas of Welfare Economics and indeed in the Anthropology section of the Library. He may have found that human behaviour can be quite variable and unpredictable. There was even a copy of the full works of the Brothers Grimm there, which should have been East German enough for his taste.

The stories they put together were owed almost entirely to myth, legend and fantasy. Their skill in telling the tales put them into the folklore of much of Europe and the later media of the USA who returned them with interest to the cinemas and TV.

In many ways the policies of the major political parties of the UK and Ireland now are just as much fantasy, myth and legend as any reality. Ralph Miliband and his ilk were simply tellers of tall tales to elites that were gullible enough to believe that they were real.

But which of his son’s is The Frog Prince? One thing for certain is that neither of them are “Snow White”.
Posted by Demetrius at 11:44