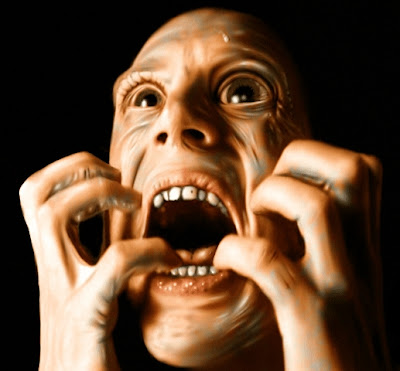 We have heard a good deal about how the essential human impulses may be only greed and fear. This is debatable but when people are taking high risks in a world where certainty is uncommon then if the figures go bad the mood can switch very quickly.

This applies particularly to all those people, mostly alpha males, who spend their days gazing at figures on computer screens and trying to beat both the system and everyone else. As they cannot all beat the system and in any case it changes its shape often without warning then there is scope for fear to become the ruling passion.

Also, markets as we know them are not efficient and economists are even less efficient.

A lot of debt, on the whole, is a very bad idea and can induce fear.

There is a lot that might go wrong and probably means we should all be afraid.

Remember, Prince Vlad Dracula, known as The Impaler, was a ruler of Wallachia who adopted vigorous policies to control trade and traders. In particular the Saxon traders of Transylvania were made to suffer.

In today’s world he would be regarded as a leading business guru.
Posted by Demetrius at 15:21