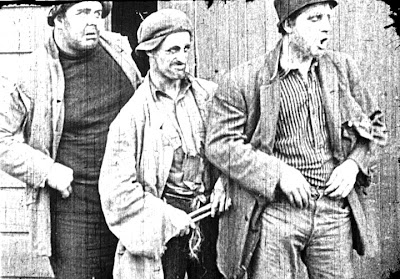 ﻿
﻿Yesterday under “The Ed’s Southern Cross Secret” Guido Fawkes blog, order-order dot com, pointed out that Fat Ed’ and Thin Ed’ have both got form in the matter.
Quote:

Red Ed saw another bandwagon he could jump on at his press conference on Monday. He lashed out at “financiers who creamed off millions”, blaming them for the near collapse of the UK’s largest care-home provider Southern Cross, which is laying of thee thousand staff as it cannot afford its £250 million rent bill.

American investors Blackstone made a £134.5m profit from their sale of the company in 2007. As they held their shares for two years after floating the business, they only had to pay Capital Gains Tax on 25% of this profit, which worked out at £33.6m.

In April 1998, the government introduced taper relief for business assets, whereby the CGT rate was charged on only a proportion of the gain made from the disposal of an asset. In 2002, the Treasury increased this taper.

Rather than a taper of 50% for a business asset held for two complete years, it was reduced to 25%. And who was running the show while these changes were thought up and implemented?

Also, somewhere it is mentioned that RBS turn up yet again amongst the people involved. One of Blair’s buddies not so long ago was Sir Fred Goodwin, the oil tanker who leaked so much crude. Is it too much to wonder where a lot of it has gone?

Who, what, where, how and when? Of course thanks to the wonders of our judicial system those in the care homes, or their families, or their local councils now looking at up to £250,000 each on the bills are not allowed to know, to comment or to criticize in any way.

Nor will those who mourn the people who died in these homes from inadequate care and sometimes outright maltreatment ever be able to ask questions or know who took the money and ran. Nobody will end up in the courts except those who complain or who go into print.

In the meantime the Master of the Rolls has been seen to raise his hands, close his eyes for a few seconds and cough politely. Thin Ed’ has been attending to his personal affairs and Fat Ed’ has enough in the kitty to mount a challenge for the leadership of the Labour Party should the opportunity arise.
Posted by Demetrius at 09:32