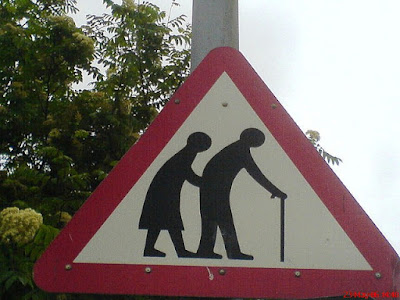 This week “Private Eye” along with a good deal of the press is all over the matter of the care home crisis that has arisen. This one has been coming for some time and the pre-conditions have been in place for those to see who wanted to. This blog has had a lot to say but cannot claim to be doing any more than retailing what was already known.

There is going to be some serious fall out from all this. On Thursday 17 March I posted “Cameron’s Marconi Scandal” suggesting that the Conservative Party needs to get its act together very quickly because, like in too many care homes, there is a nasty smell.

Inevitably, we find with Southern Cross some of Blair’s chums being deeply involved. But they are very busy people with many jobs and roles so perhaps it is too much to expect them to know what is going on here and there. Also, there is someone who has been making major contributions to the Conservative Party.

What again, one might cry with astonishment. It is very simple, those who want to benefit from political decisions and the politicians who make them must not be too choosy about which part of the system they currently inhabit. What is amazing to me is just how cheap they are in relation to the scale of the financial debacles they are responsible for.

We must expect some of the interest groups and others now to be more strident. It is a pity there were not doing more shouting before. But that would have meant Unison and the GMB, amongst others, handing out some stick to their favourite politicians. That would have meant few favours for them and juicy jobs in quango’s etc. for all their associates.

It is interesting to see the financial and operational parallels in the actual care sector with that of the leasehold retirement sector. Similar structures, similar financial engineering, similar people doing similar things and as the money is slushed around the various accounts and banks before being exported this is deemed economic growth because the figures all look bigger.

If I spent my time driving round the M25 using borrowed money to pay for the petrol on which I incurred heavy interest charges this would promote “growth”, but I am not sure just how much benefit it would do for anyone. It would not do much for my temper.

Does any person with a remote connection with reality or sanity believe that running care homes, care services and related activities on this basis for the old and vulnerable mean “efficiency” or sensible use of resources?

Do we need mega financial organisations operating globally with high gearing and leverage to make sure that Person A in a small town in England who has mild dementia and is now disabled is fed, watered and washed properly?

Or that the building they are accommodated in is able to summon up electricians, plumbers and site maintenance people to keep things ticking over? Or to make sure the insurance is in place and routines are dealt with? Or to handle the basic systems for accounting and employment?

Two things have been going on here. One is the ripping off of the incomes and remaining wealth of the people in these categories. The other is the amount of government money that goes into supporting those without income or wealth.

This is what these organisations have been designed for, to extract from others on the largest scale possible. This is what Cameron & Co. has to address. The task is now to get some simplicity, sanity and reliability into this sector and very quickly. It needs to be taken back to a local scale and run as a real service.

Is it too much to expect for the Conservatives to put back the care into caring or is Cameron afraid of annoying some of his more uncaring friends and sponsors?
Posted by Demetrius at 16:09