Libya Has A Lot Of History 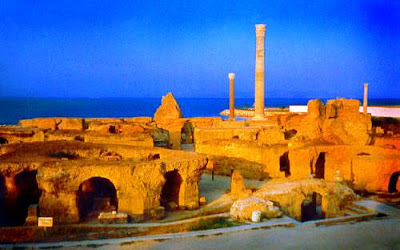 On January 30th this year I posted “The Scramble for Africa Mark Five” and ended the post:

Now that cheap oil is coming to an end and food prices and other essential commodities are rising in price the fat is literally in the fire. It may not be long before there is a Scramble Mark Six as existing states begin to collapse and all the old tribal, ethnic and religious differences begin to take hold.

And the mass migrations will begin again.

There have been observers who have noted that Libya is a relatively recent addition to the Nation States listings. It was formed in 1951 by bringing together Tripolitania, Cyrenaica and Fezzan, territories in which differing tribal groups and others reside. Earlier in the mid 20th Century the area had been under Italian rule.

Around the cities of the coast a number of people are descended from slaves brought from one place or another including the Atlantic Isles. Many of us will have distant cousins amongst the population. It has a long and complicated history and war and upheaval have happened many times.

Over two millennia ago The Romans took over from the Carthaginians after a series of major wars. It was Cato The Elder, 234-149 BC who liked to say words to the effect that “Carthago delenda est” that is that Carthage should be destroyed. Then the Romans were displaced by the Vandals who were equally vigorous in their pursuit of wars.

Later others came along bringing with them Islam and The Ottoman Empire which collapsed in the early 20th Century. The USA has been here before in the Barbary Wars 1801 to 1805 and in 1815, not long after British troops torched Washington DC in August 1814. In that British Expedition to the USA, slavery was also a difficult issue and the original documents from The Horse Guards show confusion of thinking.

In 1943 my Uncle Jim broke a leg playing football in Tripoli which was lucky because he avoided invading Sicily and Italy. He was certainly a “Lucky Jim” because as a “Shiner” with the 10th Royal Hussars he had been driving one of the first tanks into Tobruk after El Alamein. A while after the War I was with the 7th Armoured Division for National Service along with a few remaining veterans.

This military intervention is going to be a difficult business to resolve. My first thoughts that the immediate use of Gaddafi’s tanks will have run them to the limit that their tracks could take and leave them sitting targets for air strikes has seemed to be correct.

But I am not making many prophecies. Unless we are very lucky it could result in an even more complex and difficult situation than either Iraq or Afghanistan and with even direr consequences.

One early effect could be that George Osborne’s budget could go up in flames as well as the former state of Libya.
Posted by Demetrius at 18:22