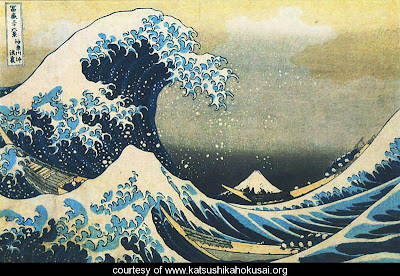 One of the routine sites I look at is the USGS earthquake listings. This arose from reading around some history which pointed to geophysical events and their impact on human history. This was something that did not appear much when I was at school.

One aspect of this that fascinates is that it is highly complex and whilst we may know this or that may well or will happen predicting events is very difficult and experts are right to be wary. Moreover those who do make an accurate prediction of a disaster rarely get much in the way of thanks.

The catastrophe that has unfolded in Japan has shocked the world by its severity and intensity. The Japanese are faced with an almost unlimited range of problems. Yet of all the countries in the world Japan was probably one of the, if not the, best informed, prepared and organized to meet the challenges.

At present it is the nuclear dangers that are amongst those commanding the most attention. Automatic Earth has a long, well informed and thorough look at the implications and what is involved and its article has also been posted on The Oil Drum.

The “Black Swan” reference is to the recent work by Nassim Nicholas Taleb that dealt with complex financial and other matters where fixed thinking tended to exclude any consideration of unknowns or ideas outside conventional thinking.

It refers to the belief in The West once that swans could only be white. Then Australia was found to have black swans. Just as once science believed that bacteria could not exist in the human stomach until a backwoods Australian scientist found they could.

To add to the concerns is the “what happens next” question, one opinion on this is that beyond the present heavy and continuing aftershocks that are doing so much additional damage there could be another impending.

Despite my regular watch on earthquakes and having seen the past medium sized regular events off Honshu in the last few years I did not expect anything on this scale until it happened. So while I am looking round the whole Ring of Fire of the Pacific Ocean and wondering I have little or no idea what will happen next. One can make guesses, but that is no good at all.

But if the whole Earth has had a jolt then where else might a vulnerability exist that needs only a small shift to trigger a major event?
Posted by Demetrius at 13:56