Where Has It All Gone? 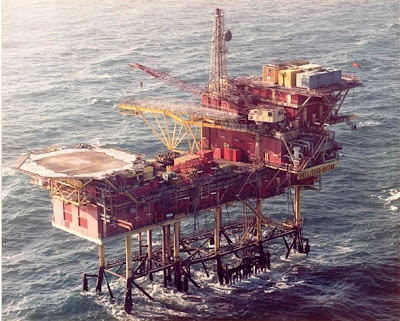 Another day, another power cut, mercifully only three hours this one and at a time when it was not so much a problem.

Some hasty rearrangements had to be made but nothing critical. The high point when was I did a return to the past and shaved in cold water at the kitchen sink.

Long ago when this was routine, there was a radio show “Round The Horne” in which a country yokel had the catch phrase “The answer lies in the soil.”

At the moment some of the problems we face may be because of that but for the big question at present just take the “s” off the last word.

For a fuller serious discussion of this The Oil Drum has an item on the situation in four countries, Nigeria, Angola, Libya and the UK. Overall it comes to around 1700 words but the part dealing with the UK situation tells us what we are up against.

It is about half way through and describes it as being “riches to rags”.

Perhaps I could be shaving in cold water at the sink a lot more often in the near future.
Posted by Demetrius at 13:49