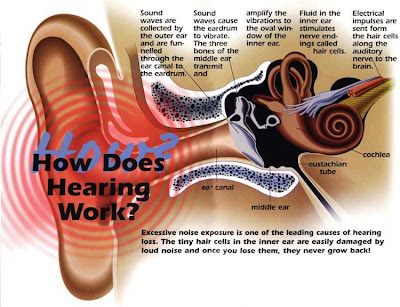 Professor Brian Cox is annoyed that the BBC has turned down the sound effects on his latest series run “Wonders of the Universe”. As a former musician turned science professor turned guru turned celebrity presenter he feels that the decision is an affront to his personal vision of TV presentation.

The Prof’ may know lots about outer space and the relevant sciences but it seems that he knows little about the inner ear and the neurological implications of sound attrition. He complains that as only 118 complained to the BBC this is a derisory minority dictating to the masses.

However, in other space programmes I have watched on TV I am told that it could take only one largish lump of solid stuff coming in fast to obliterate the planet. Only we would not hear it coming because our sound needs an atmosphere and out there not far away in space there is not an atmosphere.

It might need only one well constructed and informed complaint to make the BBC realise that there could be a problem. Then some elementary research and reference to those organisations concerned with hearing problems and their implications might alert them to a real issue.

Amongst the various gadgets I have is a decibel counter. It is easy to use and instructive in the information it gives. Sound impact is not a simple matter and to assume that all people react in the same way or at the same levels of sound is wrong. Some are more vulnerable than others and many do have real problems when the sound is at levels lower than those indicated by current regulations.

In TV and radio there are real problems nowadays with much of the sound. The sudden and unexpected lurches into loudness can cause physical pain for some. For many it makes watching difficult and often impossible. To set the sound at a normal speech level means taking a bad hit when for impact or what this is overtaken by either effects or music at a level up to ten decibels louder.

Quite often this is compounded in visual terms by rapid and aggressive cutting. One programme that did this I began to check on with the watch. It soon became clear that the “mean” level of takes was around 15 seconds only. Long takes were rare and often there was a run of takes only at 3 to 8 seconds. Coupled with the CBW effect (crash bang wallop) it made a total nonsense of the documentary.

There are a lot of people out there with real hearing problems who depend on aids of one kind or another. I suspect that a large majority will have problems with the fancy sound techniques imposed by engineers and producers desperate for effect. How often is the speech lost by “realistic” sound effects.

Yes I know that when I am walking down a street the passing traffic makes noise. But if I am watching a drama where dialogue matters or a presenter explaining something I want to hear them. And if the scene is a dance do we need to have the thump of feet on the floor drowning out the conversation?

I have been here before on this subject:

Professor Cox, perhaps, does not know his cochlea from his comet.
Posted by Demetrius at 15:40