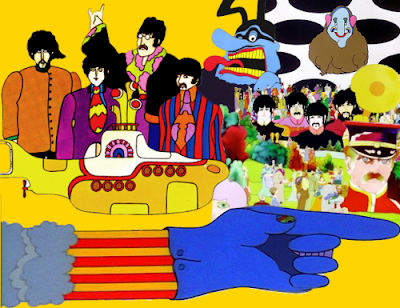 The suggested figures are coming out for the size of the fortunes of the Gaddafi family. As expected it makes those for Mubarak and the Tunisians look cheap. One quoted on Automatic Earth from the USA is coming in at £170 billion and the post there looks at inequalities with pie charts. We only need to look at the TV to see that all those fleeing Libya know the reality of this.

So who, what, why, where and when? Unluckily the journalists in our media have not been paying much attention to these considerations. In the meantime the end game may be near. When UK politicians start the chest beating and howling along with their US equivalents then you know that the something is nigh.

As we have seen, Cameron had done a Brown in skiving off abroad when the heat was on and then coming back to let us all know how positive he can be when the time is ripe to try for some credit.

As with Mubarak in Egypt the Western powers have given the Gaddafi clan just about enough time to arrange their affairs before retiring. But what may happen to The Colonel? The departure of the nurses may mean something.

If a man has been living close to death his state of mind may consider martyrdom as a preferred option. Especially if it helps protects the family, their genes and their monies.

If the money is anything like the suggested figures then the developed West in its parlous state will not want much disruption and new problems in the markets. These are already looking intricate with a number of increasingly difficult issues to handle around the world in terms of commodities and the solvency of governments.

Indeed, the “freeze” of Gaddafi assets in the UK may yield something. There are bound to be some figures in what amount to local household accounts and transfer funds that can be trumpeted as successes. Even these might amount to “virtual” cash that does not really exist and is essentially a convenient fiction.

Out there however is a lot of investment money and major holdings in a number of companies. So what actually does the Gaddafi clan own and how important is it to either to the states in which those companies function or to their financial systems?

This brings us in turn to which political leaders and groups in which places have found themselves obliged to take account of Libya and its rulers over the last couple of decades.

One country would be one which has its own network of locations around the world through which money and holdings and trusts might be funded and investments made and circulated through the world financial system.

We would be looking for politicians who have either become rich recently or who have already within their substantial family trusts certain types of investments.

Names come to mind, why am I singing quietly, “In the town where I was born…..”?