Water On The Brain 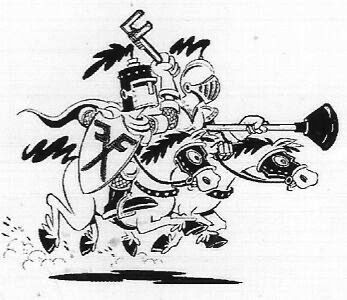 The plumber has been to do some necessary work and reminded us of how water is critical to our way of life because on each day he had to turn our supply off. For drinking, washing ourselves and the kitchen it was possible to store enough but had the supply been off for days it would have been difficult. If it had been off all the time and then for days and weeks life would have become very difficult. As one ages, let us say that not only does time pass quicker, but so do liquids through the body.

The politicians do not consider plumbing, drainage and water supplies as “Front Line Services”. Nowadays it is all private sector stuff that they have sold off to foreign private equity groups and regard the income streams leading to the shareholder value as a source of profit for their trusts and investments. It is only when the water streams begin to fail that they start to panic. They also panic when there is too much water and all those lovely new properties they have permitted to be built on ancient flood plains have real running water as opposed to plumbed.

At the moment due to the recession it appears that plumbers have less work to do. It meant that we were able to arrange the dates and times of ours to our diary and not his. There were hitches, but not his fault. The extensive destocking of inventories of suppliers meant that filling orders has become erratic. This has not been helped by so many well established suppliers and other firms going out of business. Again, these are all private sector and therefore of low priority in the great government scheme of things.

On April 1st our plumber told us a whole new raft of regulations and rules have come into effect that impact quite considerably on the trade. The detail is too much and too complicated for this post. The objective he tells us is to assert greater control over what goes on in the building trade and in the plumbing and gas fitting. This is drive out the “cowboys”, persons untrained, unqualified and often unpractised who do jobs on the quick and on the cheap with unlucky consequences.

Of course, as anyone familiar with “Fawlty Towers” knows, the real issue is the quick and cheap and too many people go for this without thinking ahead. In any case it is very easy to become a “cowboy”, I could be one if I chose. All I need to do is to go to the nearest superstore DIY place and load up with everything needed to ply the trade I choose. You name it I have done it in the past, albeit only in my own homes. Roofing, carpet fitting, plumbing, electrical work, car repairs, decorating and last but not least gas fitting when I was young and careless.

Our plumber is now trying to sort out the paperwork and the rest relating to all these new requirements. It is costing him time and trouble. He has to make up his mind which registrations with which body will be relevant and what the implications are. He is already trained and registered but needs to clarify what and who he is. But he is private sector and therefore will bear his own costs.

With the added cost of the registrations come other things, notably all sorts of little added extras including, guess what, yes, government sponsored training. The courses cost several hundred pounds a throw and take up a deal of the time he needs to make a living for himself and his young family. Training is education and unlike plumbers, a Front Line Service, for which the plumbers are going to have to pay heavily. As well as the other costs imposed to deter “cowboys” who will not take any notice of all this in any case.

He has told me that all the new Building Regulations will have some interesting effects, notably in relation to water supply. The idea is that in new build home the amount of water for each person should be no more than 125 litres a day. A power shower apparently uses 18 per minute. Whilst single persons or dirty old men will be able to manage it is unlikely that any family with young children will be able to.

What is more intriguing is the number of agencies and bodies involved in all this as well as the staff required by local authorities for purposes of control and management. The NHS has become notorious for the declining proportion of doctors and nurses as opposed to managers and administrators. It seems that our private sector plumbers could almost be expected to maintain roughly the equivalent of one public sector employee each to be able to do their job.

Then there are all the alleged Polish plumbers, perhaps of urban myth, but it seems that large contractors can take these on in any numbers irrespective of other matters because of EU rules. How far they are qualified is another matter. One of my great hopes is that as so many are being used on the Olympic projects that on the opening day of The Games in 2012 the Stadium will have to be shut down for health and safety reasons because all the plumbing has failed.

When I try to puzzle this out none of it seems to fit. Just like the original plumbing in my place which I learned too late was done by sub contracted “cowboys”.