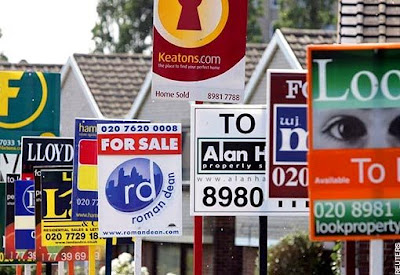 This election is a glorified boot sale where the remaining bits and pieces of the UK economy together with some dusty antiques and dirty old clothing are flogged off to anyone stupid enough to make an offer. Not quite everything must go but more or less anything saleable.

Let us deconstruct the Prime Minister’s ventures on Tuesday. After informing Her Majesty of matters already thoroughly leaked and handed out to friendly media days or weeks ago he turns up at St. Pancras Station to take the HST out to marginal constituencies in the Medway area. See my blog on Sunday 7 March “Trains of Thought” for more.

In short the South Eastern High Speed Trains are run by a heavily subsidised company owned by another company somewhat offshore and in turn owned by the French. The trains were made in Japan and most of the extra cost has been covered by heavy cuts to basic services for ordinary people.

Initially it runs on the tracks of the Eurotunnel company currently more or less covering revenue costs but the capital costs were substantially a loss borne by the taxpayer. Then his train veered off at Gravesend (cue joke) onto Network Rail tracks, say no more, nudge nudge.

The HST on this line then becomes a local stopping train to Faversham. On the other service after Ashford is a semi-fast to the Channel Ports and Thanet, more Labour marginals. In 1923 the Charing Cross to Dover took 115 minutes in 2010 the HST takes 71. However St Pancras for most people takes rather longer to get to and is much less convenient. Also you could have a good meal on the train in 1923 for a few shillings.

As the train left St. Pancras there would have been a view of a large building site to be used by largely public sector developments funded by offshore private equity. It then next sees the light at Stratford in a concrete bunker adjacent to the Olympic site for which the taxpayer is paying a heavy price. Darkness again, and then it passes a stretch of working Essex that has been badly hit by the recession. Not far away is the Ford works once a major industrial complex now much reduced and owned by a company bailed out by various governments.

The Dartford Bridge can be seen. This was intended to be free of charge once the capital costs etc. were covered, but no longer, prices have increased to cope with all the many other things. Darkness again and then Ebbsfleet between a football club about to be relegated from the Conference and owned on a model being adopted by the Labour party and also Bluewater, a big retail site that has suffered lately, has obliterated a lot of small traders for miles around, and is also owned by offshore private equity.

The PM alighted at Rochester by the River Medway, cue joke about mad persons in attics, and as he did the rounds was accompanied by a troupe of hand reared goons. He would be cheered to know that Cameron in Leeds had a crew even more frightful than his. All those blank faces, staring eyes and mechanical movements worry me.

The Medway Towns, once a thriving industrial area are now a run down collection of districts that are showing serious signs of decay that have worsened greatly in the last decade. It is a classic location for high benefit dependency, high drug taking, high crime figures, high public sector employment levels and low living.

When the PM and Sarah apparently returned to a station it was remarkably free from people and the train was a short old bumpy Networker of the stopping type that would take well over an hour to return to London, either Charing Cross or Victoria currently one of the nastiest and most dangerous stations in Europe. The cost of entering the toilets there is now 40p a go, cheaper at least than the once free Embankment ones that now cost 50p. Around the station the air suggests that many people do not pay.

I doubt that the PM and Sarah took the train. My guess is that they were whisked off to the Rochester air strip and choppered out to the next location. Probably it would be one of those helicopters that would be better used in Afghanistan were they not retained in the UK for air show purposes and political convenience.

As for the sale in progress, the Lib Dems want to give us away to Europe so they will take almost anything. The Labour Party having sold off so much to their collection of gruesome Cronygarchs will take almost any price for the rest. The Tories are deeply worried, there could be some tidy money to be made by racking up prices but will there be any takers? In Scotland the SNP will sell out to Big Oil and a rum collection of Americans and others based in tax havens. The “Homecoming” was an ill disguised viewing for potential buyers.

We, the electorate, are charged with the task of appointing the new team of salesmen. Do we know what we are doing? Not really, we have been fed so much spin, fiddled figures, fake prospectuses and general rubbish that it is impossible for most of us to work out where we are and what has been going on. All we do know is that we do not want to be here and we do not like where we are going. But we cannot get off this particular campaign bus and in any case there is no way back. The tunnel we came through has collapsed beyond repair.

One thing is clear, the political interest, instinct and knowledge of electorates of the past has gone and gone for good. We are now a rabble of media kneejerkers.