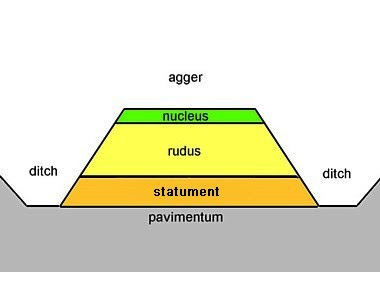 Back to the future yet again perhaps the 1950’s so favoured by pundits. Below is an item by Ugo Bardi posted in The Oil Drum on 4th April titled “Peak Asphalt – The Return of Gravel Roads”.

For the time being, that seems to be happening mainly in rural areas of the US. In Europe, there are fewer reports on this point, although it seems that the same situation is developing in northern countries.

In places such as Finland, the cold climate places a higher stress on paved roads and forces the return to gravel roads. But the lack of press reports doesn't mean that the problem is not there: if you travel to Italy this year, you'll see that a lot of paved roads are in a pitiful state: full of potholes.

One problem is the increasing costs of maintenance. A report from the University of Minnesota shows the progressive increase in the costs of maintaining roads which are paved with what is called "hot mix asphalt", HMA, the kind of paving which we came to consider as normal for all public roads.

Asphalt comes from crude oil. It is made from bitumen which is a heavy and viscous form of petroleum; normally the residual of the distillation of crude oil. Could it be that with peak oil we don't just have a problem of availability of fuels and of energy, but also of bitumen for paving roads?

That doesn't seem to be the case. If it is bitumen that we need, there is plenty of it. Just the Canadian tar sands are made mostly of bitumen and are said to contain at least one trillion barrels of it - probably more. To this amount, we can add Venezuela's tar sands, with at least half a trillion barrels.

With tar sands, the main problem is to obtain liquid fuels, but if it is bitumen that we want, it is much easier. At present, bitumen doesn't seem to be lacking in the world market and some projections for asphalt indicate that production may be rising in the coming years.

The problem, as usual, is not one of quantity, but one of energy . With minerals, we are not running out of anything except of the energy needed for extraction. It is the principle that I called “the universal mining machine”. Bitumen doesn't seem to be an exception; we are not running out of bitumen, but we have increasing problems in being able to afford it; just as with a lot of other minerals.

For this reason, the proposal of substituting conventional bitumen with products not coming from crude oil doesn't appear to be very practical. There has been talk of "bioasphalt;" made from a bitumen that could come from such products as sugar, molasses, corn and vegetable oil.

But bioasphalt has the same problem of biofuels: there are limits to what we can get from an agriculture already heavily strained to produce enough food and which depends heavily on fossil fuels. We can pave a few roads with molasses, but we can't expect bioasphalt to substitute oil derived asphalt everywhere.

Another alternative material for paving roads is concrete, the kind used for buildings. Concrete doesn't directly depend on fossil fuels - the problem is that it takes a lot of energy to make it. So concrete turns out to be more expensive than conventional asphalt. It may last longer, but don't expect it to become as commonplace as asphalt is today.

In the end, the problem seems to be that peak oil - arriving or already arrived - is placing a tremendous strain on the world's economy. Because of this strain, the kind of money used for maintaining roads is quickly disappearing and the result is the return of unpaved roads.

It may be planned or not; the end result, in any case, is the same. So, it is likely that in the coming years we'll see more and more roads returning to gravel, as it was commonplace in the Western World up to about 50 years ago.

When most roads were not paved, cars and trucks had much softer suspension systems and lighter wheels; we may see a comeback of this kind of vehicles which, by their nature, are not made for high speeds. After all, gravel roads don't mean the end of transportation.

We'll just have to slow down considerably, and that may not be a bad thing.”

If it gets some of these maniacs in white vans and badly driven cars off my back bumper it can’t come soon enough.