Play Up And Play The Game 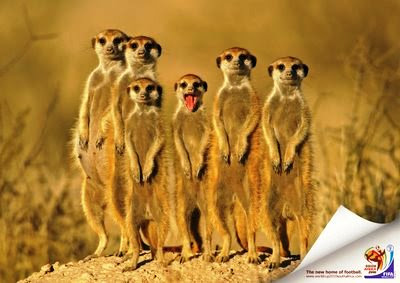 Who needs traditional politics when there are exciting things happening in Football politics?

This one has all the makings of being a very lively matter. It is from the Tax Justice dot blogspot dot com of Thursday 29th April and concerns FIFA claiming a penalty against Tax Justice Network for tackling harder than they like..

At least it will give us something interesting next week.

The latest newsletter from Offshore Alert states that:

"The governing body of world soccer – FIFA – has attempted to intimidate Offshore Alert ahead of our conference in Florida next week at which allegations of fraud and corruption within FIFA will be made.

In a letter to Offshore Alert on April 23, FIFA's attorney, Lawrence Cartier, of London-based law firm Cartier & Co., issued a thinly-veiled threat of a possible libel action should a session by journalist and film-maker Andrew Jennings contain any "defamatory statements."

We are pleased that Offshore Alert has pledged to "proceed unfettered by outside interference." As they note, quite rightly:

"It lends support to illegal activity by discouraging journalists from exposing those who deserve to be exposed, all the while enriching attorneys at the expense of society in general. It is a third-world law that has no place in a developed society."

But it won’t be as much fun as watching the basketball games in Lincoln’s Inn Fields.