Trust Me I'm A Shareholder 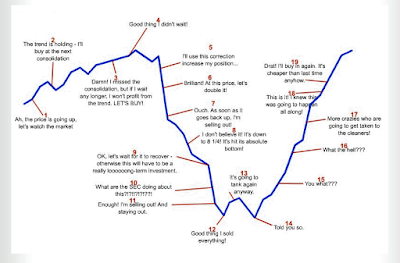 As it becomes clearer what the size of the fallout from the Carillion Crash could be, it becomes ever more scary.  In the Guardian, George Monbiot weighs in with a clearly written piece raising the ghosts of an unruly horde of Private Financial Initiative schemes from the days of Brown and Blair.

Among the many nasties that this pair bequeathed to the nation for the future these schemes were an extreme form of buy now but pay later and much larger sums. Designed to keep the marginal voter happy in the relevant constituencies it soon became an extensive way of paying off anyone anywhere.

They were the delight of the corporate financial world and many bosses and their helpers did very well, especially Carillion. How far it goes now is major question of the moment. The consequence is that some people are calling for blood and want to go to the jugular.

This is the principle of Limited Liability which became law in 1855 with the Limited Liability Act which transformed the business world of companies. Before if you were a shareholder in a company and it went bad you were liable for all your wealth and the only answer was to head for the docks and the first boat out with what you could carry.

The trouble was that not only the company top men etc. lost out, every other shareholder would be liable and could be stripped for all they had to pay not only their own share but that of any defaulters. Quite literally, if their trusts or investments had shares which went bad, widows and orphans could lose all as well.

But in 1855 between the needs of Empire trade, the demands for new railways to transform communication along with the telegraph, the projects for steam shipping and the needs of rapidly expanding industry in cotton and hosiery etc. Limited Liability was seen as the answer to the problems of business and financing.

The passing of the Act led to the rapid expansion of company formation, once begun it almost literally changed the world. There was opposition. Henry, 3rd Earl Grey was one and he was closely connected to the Whitbread's, the long standing brewing firm who believed in family trusts as the basis of business, and perhaps did not want too many rivals getting access to new capital.

Can we replace Limited Liability or make laws to prevent its misuse in our new world of mega debt, asset stripping and destructive change? Quite what can replace it and yet allow capital to flow where it is needed? The Left has its answer, centralise, government control in general and detail, magic money trees and creation of debt never to be repaid and worse, the politicians making the decisions.

In the late 20th Century and into the 21st, we had a Labour Party which became attached to the big beasts of corporate finance to buy the votes to buy their stay in power. But we have had a Conservative Party that is no better and have avoided taking the obvious steps.

As George suggests this one has been coming for some time and nobody has been willing to admit it and even less take any steps to deal with the consequences. Much worse they do not understand even what has been happening and what could happen.

Limited Liability has been and is a useful means of dealing with business finance but it comes at a price. That is proper regulation, clear and good accounting and a determination to keep the markets clean and pursue the criminal and irresponsible instead of feting them to help the political party funds.