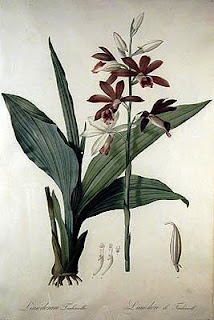 Over the holiday there were Jane Austen programmes around the channels to please those who enjoy them. There was the BBC series in six episodes of "Pride And Prejudice", a later film of this, rather shorter and more modern. "Mansfield Park", the film, was screened and so was "Sense and Sensibility" in three parts.

They were more or less from Jane Austen, but that is not the point. They were entertainments based on and derived from her books and done in the hope that they would be profitable for those involved. In some ways they had to appear to be accurate to time and place to avoid the wrath of experts of all kinds.

Jane's books themselves were an entertainment aimed at profit and to be read by those at the time, a minority defined by class, who enjoyed this kind of imaginative writing, and she was a skilfull writer. Did she ever, I wonder, knock out a sermon or two for a busy father or hard pressed curate?

There is the problem of reading between the lines and wondering who, where and what might have been in there. We do not know and it now takes detailed research to find out or make even an educated guess. There are not many of us whose knowledge of history is in depth for that particular period, and then only for parts of it.

One extraordinary item is the very title of one book, "Mansfield Park", which has a family of West Indies estate owners at its centre, the Bertram's. In 1772 it was the Mansfield Judgement that many think ended slavery in England. It did not, but it did cause a great deal of confusion, a gift to the Abolitionists, which lasted until the Emancipation Act of 1833, enough to deter many potential owners.

Do we have the family of Bertie, Earls of Abingdon, also Lord Norreys, to go with the Norris family also in that book. A family name is Willoughby, one that turns up in "Sense and Sensibility. For students of modern politics, in the mid 19th Century there is a marriage to one of the McDonnell's of Antrim. Perhaps our John should take up reading Jane.

As for the Bennett's in "Pride and Prejudice", the obvious one might be thought to be Emma Bennet, Countess of Tankerville and born Colebrooke if only to borrow the name, a close friend of Jane's with a shared interest in exotic plants.

But there was a John Bennett, a minor landowner in Steventon, listed in the Hampshire Chronicle of 1803 who married a Mary Godwin. Could she have been one of the Godwin family who married the Wollstoncraft's and were leaders in the radical politics of their time?

Given that one family that she knew a good deal about came to be close to the Duke of Wellington if Jane did make pointed and interesting comments on the politics and wars of her time it is not a surprise that her sister, Cassandra, in 1843 burned most of the letters and papers.

What does emerge is that it is possible to connect these people generations on to Beatrix Potter, another author with a distinctive style, but that is different story.