Can Your Spare A Deficit? 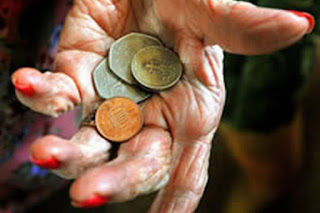 Another day, another crash, another disaster in the pensions funding. The politicians have been playing the pensions industry for a long while and the strains are showing in many ways.

Deficits and profits do not go together according to City Unslicker in the web site Capitalists At Work. This is turn becomes a major drag on the economy and investment.

Moreover, Quantitative Easing, QE, is at the root of it in the impact on interest rates and monetary movements as well as the balance sheet effect.

In short the magic money trees by their growth have done what fast growing trees introduced into a forest usually do. They crowd out the other trees.

And when used the smoke gets in the eyes.