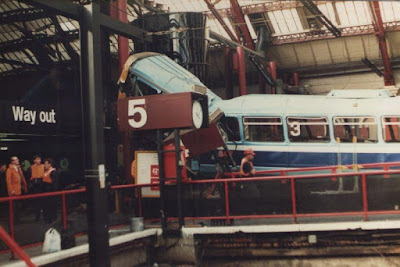 The more we look at the government etc. of the United Kingdom the more we are reminded of the "Carry On" films of the past, where a crew of jokers and no-hopers bungle their way through life in whatever roles they play.

It was tempting to have "Ding dong bell, the cat's in the well" as the title to this item relating to the name of the construction firm Carillion being close to Carillon, a chime of bells, but that would have been too obvious. Big Ben of Parliament was in mind reminding me that half a century ago I was in small group privileged to be allowed in to the bell chamber there.

One thing which perhaps will not be discussed is how the ideas of "capitalism" and "socialism" of the past are now so outdated in trying to understand the present. Carillion are down the pan for one and a half billion smackers it is said. It is assumed that the government will need to fork out for all the consequences.

Very many of these are government projects of one kind or another. So Carillion, in theory a capitalist firm is in effect a branch of government engaged in project planning, construction and the rest. It is difficult to separate it from a nationalised firm relying heavily on "private" capital.

Only the "private" is no so private and what matters is not so much the construction as the business of funding and financing. This relies on extensive forms of government creation of monies and borrowing in order to do so. In short it is one of the biggest trees in the forest of magic money trees.

So we are seeing corporate capital arising from nationalised financial funding integral to government projects for public and some private entities in which the organisations etc. involved and the people are all close, reliant on one and other, interact and in effect run both government and corporate finance.

If there is a word for this, might it be "boondoggle"? and we might ask "What do all these people really do for a living?"

The answer is screwing us for the taxes and costs of it all.