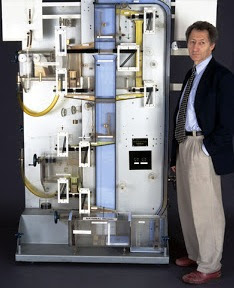 The torrent of archive and other material appearing on the web can be a help and a hindrance. The EU's data and privacy laws are now impacting in many ways, unintended consequences running riot. One in the press is apparently that Universities can no longer publish the class lists for their graduates.

At the same time my old place has put its student newspaper on the web. It was a very different world. So what was I doing in October 1958? The edition for the 23rd of that month tells if not all then some of it. I am on the sports page, although my team were losers, could I plead privacy?

But it is who else is in that edition that reminds me that my memory is right and I do not fantasise when I claim to have been at meetings etc. that seem at least improbable and to many impossible. On page 2 there is a report on Lord Beveridge giving a talk about his work and life. Page 3 has a piece on Ralph Miliband and what a fine tutor he was.

There is a large item on Harold Laski adjacent to a forecast promising a Labour win in the coming years election, 1959, by 25 seats, perhaps as Hugh Gaitskell was about to pay a visit. Labour lost in 1959, but these things happen.

A very interesting one is V.H. Vassev, First Secretary to the Russian Embassy, promising that shortly the USSR would surpass the USA in productivity. The future was to be Russia's for a number of reasons. One was the age balance of population. Mr. Vassev omitted to mention that a major reason for this were the holocausts of Stalin in the 1930's.

Oddly, he admitted that among the workers in Britain the average differential in wages between the highest and lowest paid was only 10% whereas in Russia it was 30%, but Russia would soon surpass Britain. Is it any surprise that it never did?

All of them take second place to the man on the front page, the Honorary President Elect, Gerard Hoffnung, the famed wit, writer, cartoonist and man of many talents. He died young in 1959 but will be remembered forever for "The Bricklayers Lament", see Youtube. When he told it at LSE I was there.

In this and other editions there are a great many names. It was supposed then that among the leading lights of our student politics and press would be the masters of our futures. The picture above, The Phillips Machine, was hoped to be the way they could manage the economy.

But none of them did. One I recall, then said to be destined for the highest ranks of government, eventually made it to be transport manager of a chain of sports shops.

But his name was never in the sports pages.