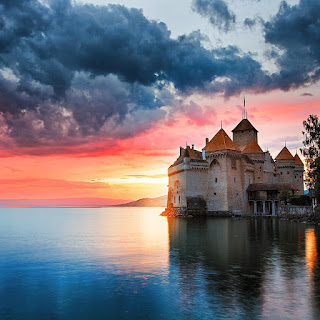 The excitements of the last few days and for that matter before in the Tory party are becoming redolent of the novels of Anthony Powell and Evelyn Waugh in their nature. Damien Green it seems was chucked into the River Cherwell while at Oxford by fellow students including a present colleague, Dominic Grieve, who rants for the EU.

His father, Percy Grieve, during WW2 spent some time with General Charles de Gaulle, later President of France. De Gaulle did not want the UK in the Common Market. Many in France since have felt that he may have been right and the UK should never have been allowed in. It is all a long time ago.

Well, it is for the rest of us. What is striking about all this and the who's and what's of the current Tory government and members of the House of Commons is how quaint it is. If the Labour Party is seen in the same light it much applies. Between their leaders and their ideas it is like a political antiques roadshow.

The EU is becoming rather like one of those 1970's rock bands who jump about a lot and shout but whose age and incoherence are all too evident being driven by what amounts to the speed equivalent of making rules if only to get the big hit from enforcement.

The UN has more central offices, parts, branches etc. than there are countries. There must be many among them trying to find where they are and who without much success. This is not international government, it is administration without governance.

The lack of real modern government or structures to enable it is one reason for what amounts to the breakup of some states. It can happen in the UK. It seems to be happening in Spain. Around Europe and the world seams are splitting and old empires fading.

If history is any guide the results will be continuing conflicts, wars, attempted takeovers, failed takeovers, collapses, aggression, empires that fail before succeeding and peoples who come to look to their local warlords for protection and guidance.

Call it the multicultural millennia to come.