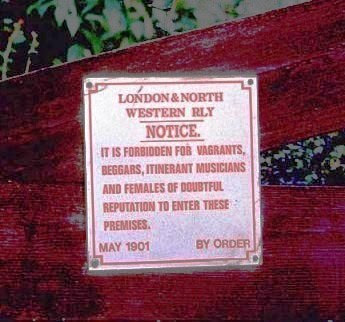 The world, Europe and capitalism today are not what they were around 1980. Then they had changed a great deal since around 1950, ditto back to 1920, then 1890, then 1860. At that time when Marx who informs the thoughts of many on the subject was writing about capitalism as he understood it. Again, during the 1860's there were significant changes from the earlier generations.

It was in 1830 when the railways as we know them began to be built. Capitalism, raw in form and operation did not last long. In the 1840's in the UK the government began to regulate. As time went on this increased radically, all those smashes and financial crashes.

By the time the First World War broke out in 1914 we had in the UK a complicated group of companies building lines, caring for the infrastructure and providing services. A key element in this was The Royal Mail letter and parcel carriage via the GPO, a state company.

The war tested this to and beyond the limit. By 1919 there were serious problems, notably the viability and existence of some key companies. Rather than deal with these in detail which would have been difficult politically, notably trade unions, especially the drivers who would strike at the drop of a flag, there was the Rationalisation of 1923, with almost all the lines merged into four mega companies.

Essentially, the bulk of the railway services did not change or improve much, although there was a good deal of headline grabbing long distance passenger services on select main routes, for example the London to Scotland. They were in reality state sponsored local monopolies. Then came the Second World War, longer and more damaging leaving a railway system close to breakdown.

The companies remained but became essentially government agencies linked through the Ministry. By 1945 given the huge backlog of repair and maintenance and added damage, it was unlikely that the companies would see any profit for decades to come. In effect they were bust, so Nationalisation as per Labour policy came as a relief, especially to the shareholders.

By 1980 as well as ending the age of steam in locomotives, British Railways had run out of steam in terms of organisation and management, phrases such as the age of the dinosaurs were not far off the mark. There were improvements and some initiatives but as a whole it was an industry in sharp decline.

By then the motor car and commercial carriage of goods trades national and local had taken away a great deal of its income and British Rail became a large subsided beast of burden to the economy and government. Also, the top management was beholden to politics first and last. Something had to change so Mrs. Thatcher and her ministers decided to do something.

Whatever we have now it is not remotely capitalism by any sensible definition. There may be profit making companies involved, but that arises from the cut and shift of state subsidies and the way the money is moved round. It does not arise from service or production.

We have franchises given out to firms that only run services with carriages. The infrastructure is Network Rail, allegedly a state firm which gives networking a bad name. Are you trying to travel this Christmas? The deal is that the operating firms will get a "profit" which is enough loot to keep them in the business.

Some things do not change, in that we have the revival of unions striking for all sorts of reasons and proclaiming an end to capitalism. What they may get if they are not careful is the end of the railways as British.

If they are looking for capitalists perhaps they should try China, Russia or the Middle East, who could be the next owners of our railways.