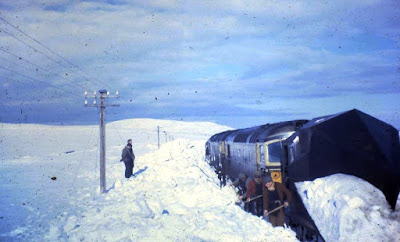 One of the fun news items of the day sometimes is seeing what the latest prediction is in the Daily Express.  One in the last few days is that the volcano of Cumbre Viejo in the Canary Isles is going to shed a large part and the ensuing 80 foot/metre or so tsunami will do for a lot of cities and places where it hits.

Probably it will at some unknown time but this is not exactly news. I have known about this risk for many years and it may be about as much news as President Eisenhower will stand for a second term of the Presidency. This would be around the time that vulcanologists began to get wiser about what was going on inside volcanoes.

Today's big one is that in the UK we are in for a freeze that will be comparable with that of the winter of 1962 to 1963, Wikipedia has a page on this. I remember this one well, indeed I still have the fan heater I bought to try to avoid freezing. As well as electric fires kept on the two months plus added heating costs did serious damage to the family budget, even the beer allowance had to go.

Then, there was no easy credit, no credit cards or anything other than the loan sharks. With that choice it was overcoats and scarves on at home as well as outside. Yes, it was that bad. But what could such a freeze do these days?

That it can happen does not say it will happen. Also, in theory we have more robust etc. systems, we think. The major question is the energy supply and if the experts are right there may be cause for worry. Because it will not be just the UK affected, it could be part of Europe.

There could be a major problem with how people react. Fifty odd and more years ago a bad freeze came under the been there and done that category. We knew what the score was and what it meant.

Today when most of us, especially the young, blissfully assume that all will be done exactly the way we want it and we must not be offended or inconvenienced, it could turn quite nasty. The real snowflakes will have the human snowflakes in a serial panic.

The idea that it is the weather and all the problems mean it is best to shut up and put up and get on with common sense ways of dealing with it consistent with consideration for others is foreign to our modern lifestyles.

The Express is usually wrong so with any luck it will be wrong again. That is if we are lucky. Is it this year the luck runs out?