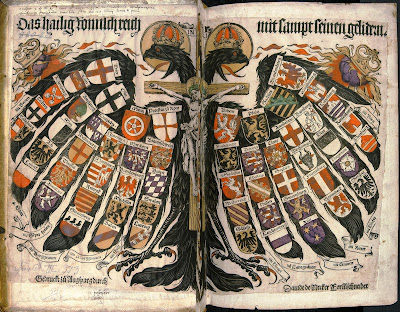 If you do not understand the title of this item, just try humming the tune. What is it about the leaders of Germany and their aides that mean that they have ideas which they insist on regardless of facts, consequences or the effects on ordinary people?

Possibly they still hanker for the days of the Holy Roman Empire which wasn't either Holy or Roman, it was Germanic and bent on absolute earthly power. They may have worshiped saints but as one historian, who I have forgotten, remarked, they acted like the devil.

At present we have the Empress Angela who has ruled supreme. It is said that one of the major financial institutions which is her pride is the Deutsche Bank, which carping critics claim is in such a bad way that it might bring down if not the European then perhaps the world monetary system.

Another financial institution close to her heart is the Euro project. This was intended to be the Deutsche Mark writ large, a currency controlled by Germany to enable and enhance its supremacy in Europe. The key to this to persuade others was to have, in theory, a currency without the usual supervision but under indirect political control.

The result of this was to say goodbye to the Greek economy and now it seems to the Italian as well. France is in waiting. Why do we never see any mention much of Spain? Perhaps the situation is becoming so bad nobody wants to mention it. In the UK the SNP want to join it and be its saviour. On borrowed money.

Then there has been the EU drive to the East, a project in which Germany has played the central part. This has been tried often in the past. It has never really worked and has been a part of many of the major disasters in European history. But as Angela might say, if at first you don't succeed, try, try again.

While we contemplate the chance of 2017 bringing us another world war beginning in Europe when Putin of Russia is pushed beyond the point of no return by a German inspired Brussels we seem to be having one or two problems at home with persons who have another Empire for us in mind.

Only they call it a Caliphate. Angela, one for noble ideas despite the cost or the consequences, decided to set an example to us all in bringing in over a million migrants in one year which were mostly young men with ideas of their own.

So far, it appears that of all those intended to save us from the demands of our aged only 34,000 actually have jobs. Soon we will have more dependents of this kind than we have aged and presumably the aged will have to find the money.

These are not ideas which most ordinary people in Europe are comfortable with and indeed in stark conflict with several other of Angela's noble ideas. Originally, she hoped to do the same and more in future years so ensuring her political supremacy and to force others in Europe to follow her example.

Had she paid more attention to Hollywood and its fascination with gang warfare among migrant groups she might have realised that being the Godmother of Europe has its problems. She may think of herself as a Marlon Brando as The Don, but her acting is terrible and she cannot remember the script.