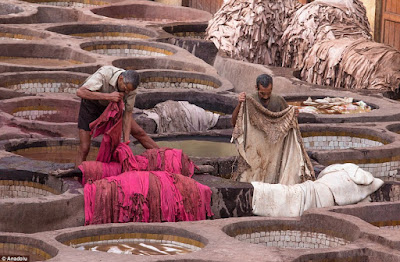 Politics being politics we can expect some matters to be said to be  of the highest priority whatever else might be going on. It is now one of the staple tricks of the trade that whenever there are real problems and things we might not like going on then something, anything, will be found to distract us.

One key issue of the day for the media is the pair of leather pants featured on our Prime Minister, Ms. May. In our 21st Century age of personal philosophy when we say pants we mean pants as in the American definition and not Euro under pants; over wear and not under wear.

Who wears the pants is an old issue and this ancient Scottish ballade asks the pertinent, pert not pant, question. This has been at the heart of folk lore and culture for some time. There is a better version on Youtube, but filmed at Leeds Grand Theatre which is not quite right. For many decades it staged a good pantomime.

In contemporary youth culture leather is a butch item for clothing etc. In the past it has had its customers, motor cyclists, tradesmen of many kinds and workers in dirty jobs. At one time boots and shoes would be leather for the mass of the people. Perhaps Ms. May should have affected a fashionable brand of trainers to be a little more with it.

For me there is one good reason to avoid leather pants, over or under, and it is sweat rash. This comes with redness, an urge to keep scratching and a bad temper.

Is Ms. May trying to tell us something?