Another Vote Another Surprise 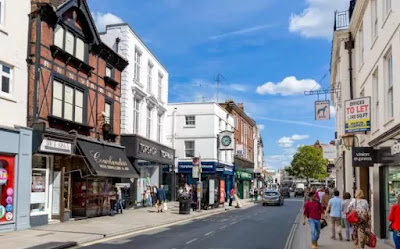 I was thinking of doing a post about the bye-election on Thursday which resulted in a shock slight shiver win for the Liberal Democrats. It was to be titled "The Loss Of Richmond Hill" with a link to the old folk song about a Lass.

But on checking it I was reminded of something I ought to have remembered. The Richmond in question of song is in North Yorkshire up by The Dales and is a delightful town which at one time had an excellent choice of public houses.

Not the same at all as the grubby suburb of Richmond in South West London that was a Tory seat in the House of Commons until the local party either lost its wits or fell subject to Central Office and put in Zac Goldsmith, scion of one of our plutocrats. Zac resigned as MP in a fit of pique, perhaps assuming he would win the bye-election.

Probably, somewhere in the media are comments about it being a dark reminder of the past. In 1962 the Liberal no hope man in Orpington, a grubby suburb in South East London, Eric Lubbock, see Wikipedia, took the seat against the Tory, Peter Goldman, (cue joke about Gold Standards) who upset voters by taking them for granted. An austerity budget from Selwyn Lloyd did not help.

In 1963 the Tory Prime Minister, Harold Macmillan went. In 1964 the Tories went having lost the election to Harold Wilson's Labour Party. Whatever we may think of him now, in the early 60's Wilson was regarded by many as a political adventurer and hard line socialist, rightly or wrongly.

Can and does history repeat itself?