Turn Of The Tide 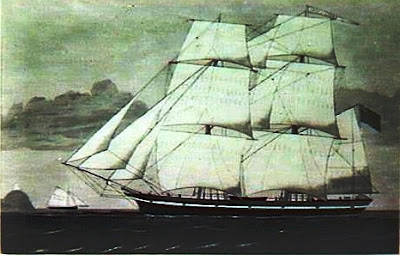 Globalisation was supposed to bring us all untold benefits, we were told.  It would make us all richer, happier and create a stable world economy that we might all enjoy.  The basis is all this was to be trade and the freeing of the movement of money.

It has turned out that the money and its movement, shifts and devices became more important than anything else and the trade became not so much free but simple pieces on the world chessboard of money and largely directed by governments.

As I rambled round the web this week I came across the astonishing news that for the first time on record there were no cargo ships plying between Britain and America.  Allied to this it seems that the Baltic Dry Index which relates to freight rates has fallen to a low level.  Normally, this is bad news.

The means of moving freight large scale has changed a good deal over recent decades.  Today, far more goes by air.  The trade by sea is now largely done in container shipping in huge vessels working between a limited number of large entrepot ports.

All this has gone on almost unnoticed because we have long taken freight for granted.  All those programmes about steam railways deal with the passenger traffic.  The debate on London airports is dominated by talk about tourism and business needs.

The wealth of the developed world in the last two centuries was largely built on the extent and nature of its trading in goods, foods and commodities. During the later part of the last century we began to disregard this and look on it as secondary to other interests.

In the UK much of our once basic industry has gone and we are now in deficit, and increasing rapidly, in manufactured goods.  The ones we are buying are coming less and less from America.  The trade with Europe exists, but given the loss of interest by the EU in the basic mechanics of trade and freight this will decline.

As the disruptions to economies, finance, trade and all else involved continue in the coming years it will be too late to try to build a real and effective trading future.  But we are told that somehow we can survive as a wealthy nation.

We will not and the question will then be how rapid and how bad will be the descent into poverty and subjection.

Try this for a blow of air the picture above is of the ship "Lady Lilford" that really did go to South Australia.  I have the Master's sea chest by me as I type.