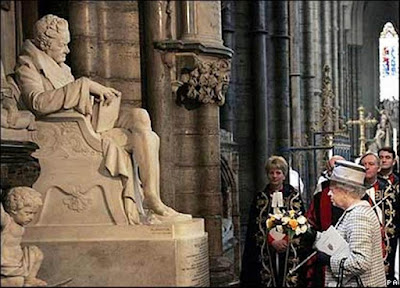 There has been an ongoing discussion about removing statues and memorials to persons of the past whose views are not in accord with those of larger or smaller groups of people of the present.

It is claimed that any group or even person who feels offended should have the right of removal.

There is one person, famous in his day, who has been held in esteem by many and has statues put up in his honour in great places to promote his ideas and persuade people of their worth.

But there are aspects to his work that should make us think.

He was central to the foundation of an organisation known as The Society for the Suppression of vice which became of high standing and a major influence on policy in its time.

The hounding and gaoling of sex workers.
Abolishing and penalising the enjoyment of alcohol.
Tough laws against atheists and other non-believers.
The banning of all non-Christian publications.
Banning the innocent amusements of gambling.
Stopping contraception and the teaching of human biology to the lower classes.

Among other similar idea's being highly restrictive of diversity in religion, belief and our modern norms of society.

For many it must be intolerable that a man not just holding views of this kind but promoting them widely should now be respected or celebrated.

Take down the statues of William Wilberforce.