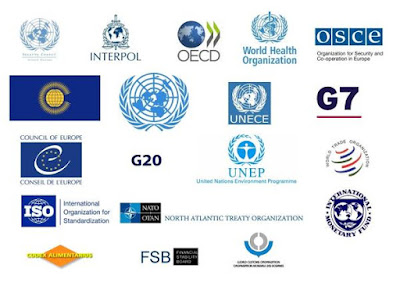 You may recall that this one has suggested that it was not entirely a good idea to write off the Labour Party, Corbyn and all, because elections are often lost by governments rather than won by the opposition.

With the Conservative Party it has managed to cut its own throat in the past and clearly has the capacity to do it in the near future.  One reason is Europe.

Exit, Flexit, Brexit, is there anyone who get's it?  The debate is becoming very rough and ready.

Peter J North sticks the boot in to Fraser Nelson of The Spectator.  Mr. North's style is usually vigorous but in this case may have its reasons.  His point is that a lot of what is alleged to be EU is not, it is international agencies.

Christopher Booker in The Telegraph is among his links trying to make this clear today, the 17th January.   The diagram above is the briefest of summaries in all this.

They are trying to make it simple for us to understand.  It is in fact much worse.  During the Scottish Referendum London was saying that there are around 14,000 treaties, agreements and obligations that we are bound by internationally.

This may be an over estimate, but a large figure could be the case because of the extent of activity over many decades.  The Foreign and Commonwealth offices have kept themselves busy for a long time in making concessions to avoid media embarrassments.

We could find ourselves in the position of needing a revolution but if we don't do it then someone else certainly will.