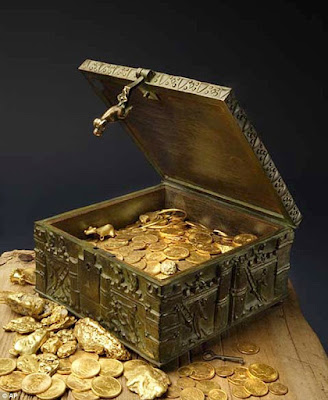 The markets have become jumpy at the figures coming out of China.  All is not well and given the size and power of China in the world economy, if it has problems then we all have problems.

A golden age is beckoning according to this post on the LSE Politics and Policy web site that suggests the inward flow of Chinese money for "investment", aka taking over large chunks of the economy at government urging leads us to a wonderland of Sino-UK happiness and friendship, the high energy prices we will pay will make us all wonder.

The reality is that the UK is to be the port of entry for Chinese trade and influence in the EU.  It explains the duplicity of Cameron and Osborne over the question of EU membership and the role of the UK.  We have promised China we will be their best friends in Europe and we have promised Europe we will deliver Chinese money to the EU.

But where money is you have trading and one form of trading is Hedge Funds and their money is both big and created.  So long as it works.  John Rubino is reported in Automatic Earth, under the heading of "As Hedge Funds go, so goes the world"  as saying:

How do you make money in a world where history is meaningless? The answer, for a growing number of big fund managers, is that you don’t. Hedge funds, generally the most aggressive species of money manager, do a lot of “black box” trading in which bets are placed on previously-identified patterns and relationships on the assumption that those patterns will repeat in the future.

But with governments randomly buying stocks and bonds and bailing out/subsidizing everything in sight, old relationships are distorted and strategies that worked in the past begin to fail, as do the money managers who rely on them.

As the UK had now made financial services it's major activity and attraction to money men of the world, it is this rather than actual gold that is involved.  The trouble with money and gold is the markets and the getting and spending are not matters of certainty or things that go to plan.  It is all chancy, note the miner's song in the old musical "Paint Your Wagon", quoted before on Thursday 5 March 2009.

Where am I goin'?
I don't know
When will I be there?
I ain't certain
What will I get?
I ain't equipped to say

The EU began in 1951 with a Treaty of Paris to bring into being a common market for coal and steel between a small group of nations including France and Germany, tired of fighting each other.  Six years later this became the European Economic Community, again largely with heavy and manufacturing industry at its heart.

Now the UK has only remnants of the coal and steel industries and manufacturing industry is very different and in deficit on the
balance of payments.  We buy Chinese steel and many other things.  We do not see much gold and nor are we going to.

Has our government bet the house on the wrong horse yet again?