Would You Adam And Eve It? 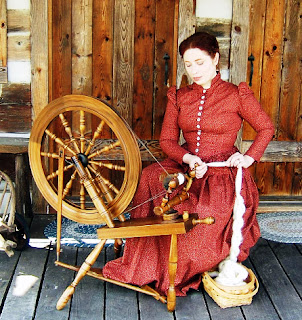 “When Adam delved and Eve span, who was then The Gentleman” was the title of a sermon given by the rebellious priest, John Ball, 1338-1381. It led eventually to his head being stuck on a pike at London Bridge to the relief of King Richard II, the Bishops, the Nobility and the Burghers of The City.

Within 25 years of this event, the King has died in Pontefract Castle in February 1400 and Bolingbroke had grasped the throne as King Henry IV. If it was February in Pontefract it was probably pneumonia, the freezing fog there clings close to damp valleys around it.

More prosaically, a blunter view is “You can paint a pair of sausages blue and green. But they are still a pair of sausages.” This is owed to the composer Anton Bruckner, a simple and very devout man whose music is anything but simple and of another world. He liked sausages so he knew his sources.

Within 25 years of his death, the Austro-Hungarian Empire, qua Holy Roman Empire that was the centre of his world has disintegrated and few composers shared either his beliefs or ideas. After that things became a lot rougher.

We are now in a world where truth is a difficult commodity to find, facts are never what they seem to be and regiments of highly paid leading graduates of major universities issue material which can never be taken at face value and need a great deal of knowledge and expertise to unravel.

On “techie” matters here is a choice one about selling new gizmos:

The Coalition (or is it Collision?) after a start that did not begin to fly has retreated into the familiar Westminster pattern of government by stunt and spin. There have been two in the last couple of days.

The first is the venture into sub-prime mortgages to keep the building industry and money men happy. This is taxpayer money aimed at a small minority. I wonder how many marginal constituencies are involved or those with interesting choices should the revamp of the electoral arrangements take place? Simon Jenkins of the Guardian is critical on this:

He does not mention the wholesale shambles that is developing across all sectors of the property market resulting from the gross distortions created in the last decade or more or the other factors that bear on the several margins. The emphasis is on the problems of the young but there is an even bigger one developing in the housing of the very old, especially those unable to care for themselves or to buy it.

Another “initiative” is to throw a billion at training unemployed young people. There has been a lot of comment on the web about the real issue that too many are unemployable but I will assume that there are still very many who want to work and make some progress.

Given the numbers involved and growing a billion does not go near it and only touches on the real problem finding the regular and reliable work opportunities to go to. As young labour was priced out of its market in the recent past and many sent off to meet the education targets elsewhere the net effect was to create a situation were many recruiters did not bother to look for them.

Also, according to all the employment agency material I see, it is very difficult to see just where a young person can fit into the kind of employment market that has developed. Things are just not like that anymore. So the “jobs” created are false jobs and another stunt to massage the figures.

Meanwhile we have the Great Pensions Strike of 30 November when anxious Trade Union Leaders, Headteachers, Doctors, Senior Nursing Staff and Managers almost all on six figure salaries with protected inflation proofed pension entitlements of many tens of thousands will lead processions of lower paid public sector workers in protest against changes to contributions and conditions.

The difficulty here is that the simplistic media coverage relentlessly suggests that somehow or other “private pensions” and “public sector pensions” are two monolithic and separate systems. This is nonsense.

As I have pointed out the public sector arrangements have a wide degree of variation with many significant differences. Very many are in serious financial disarray because of the gross government failure of the last two decades to begin to contain and prepare for the impending problems. In fact the situation was worsened rather than improved.

For the private sector the present is very different from the past. One of Gordon Browns first targets was to raid private sector schemes to help balance his books. The consequence of fiddling the figures has closed a great many, reduced more and put most others into serious difficulty. Together with recent policy of hitting the savers to help the borrowers this has worsened the situation further.

But it is the private sector that provides most of the effective tax base for state revenue. If the public sector workers are demanding now that state spending should include funding the very substantial deficits on all forms of public sector pensions then this will simply not be sustainable.

To suggest that it might be is what might be called a Greek Myth. Just like so much of the other spin we are getting. For those who know their Greek Myths a great many end very badly indeed and that is the direction we are going in.
Posted by Demetrius at 15:37