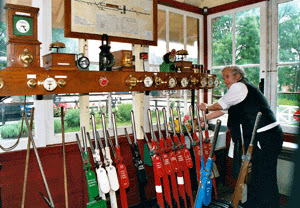 Today is the First Day of Advent, once a major date in the Christian calendar now the start point for the Great Shopping on which so much of the economy and the credit card industry depends to meet not just its quarterly but its annual targets.

Unluckily, there is a cloud over it all this year caused by the problems in Europe, the risks entailed and other international uncertainties, for example how much will President Obama give Ben Bernanke and Goldman Sachs for Christmas? They will be hoping for a lot more that one extra live turkey.

I have known worse. On the same occasion in 1945 the situation was grim beyond despair also across Europe. Three days later in Paris the French Government nationalized five banks in an attempt to contain a gathering financial and employment crisis. A month later there were riots in Paris and Rouen because of severe shortages of bread.

Also just after this date an Anglo-US Loan Agreement was signed in Washington, Britain having is own serious problems. In the US there was more interest in the later news that General Patton had hit a truck in his car and was soon to die.

When this happened his troops in Bavaria were routinely searching women employed as manual labour in many US Army facilities. There were few German males around at the time. The ladies had hidden pockets all over their clothing to contain scraps or food items taken were they could. Butter they smeared over their arms, other items were tucked in different parts of the anatomy etc. etc.

Across Europe many starved that winter, many froze and many died because their bodies could not cope with routine ailments, even colds never mind flu’. There were no antibiotics save for Allied servicemen and virtually no other drugs.

In many areas the problem was the absence of a viable local currency, huge parts of the economy operated by barter or quasi-money commodities, notably cigarettes. Crime was rife and punishment harsh and not necessarily within the legal framework.

In this context there is a triple bill of serious items for today.  Automatic Earth sees that the only way this can go is for a massive deleveraging of the European Banking system. This would be big nasty and everyone would get badly hurt.

One web contributor, The Slog, who has put in a huge amount of determined work now asserts that the European answer is to put us all in hock to the banks, let them off the hook and by doing so “forgive” a lot of debt. We will pay for it, we will have no option and we will suffer the consequences. The Euro and banking elite will not.
http://hat4uk.wordpress.com/2011/11/27/eu-crisis-bombshell-how-the-eurozone-plans-to-sell-us-out-to-the-banks/

Zero Hedge contributors have been relentlessly critical of the political shambles over the Euro and the handling of the relevant problems. Their story is that even in the depths of the Foreign Office someone is beginning to worry.

It was later in December 1945 that the IMF and the World Bank were established. In June 1946 the Inaugural Session of the General Assembly of the United Nations met in London to be welcomed by King George VI.

But in February 1946 IBM had revealed a machine for electronic calculations, ENIAC. It needed 18,000 valves to work. It was widely regarded as a curiosity with limited potential functions.

So perhaps in 2012 HM The Queen could see the whole international edifice created then collapse in part due to human mishandling of electronic means of calculation and communication.

But others will be hungry again and going round offering family heirlooms or prized possessions for food or fuel.
Posted by Demetrius at 15:42