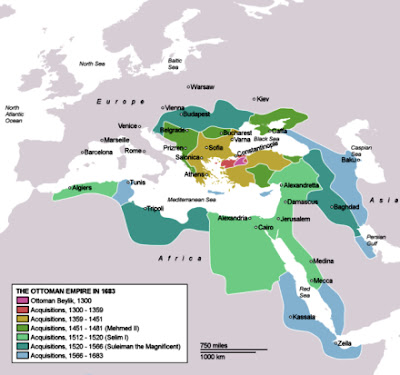 The past is full of examples of how things might have been different, if only this or that had been changed. One of these is that the Ottoman Empire finally collapsed just before the immense wealth under the soils of it vassal territories became the staple fuels of the world economy.

If by one means or another, at the centre of the Empire the rulers had been wiser, better equipped and more determined they had managed to survive, remain a real power and avoided becoming involved in World War I. They might have stopped the dismantling of the Empire and its loss largely to western powers.

With the wealth that they were literally able to tap what future would that have brought? Would we really be that much worse off? The Ottomans would have been able to stop the later wars starting by simply turning off the pipelines at an early stage. It is very likely that by 1918 they would have been able to dictate the peace that ended the first war.

There were some who argued that for all its faults and bouts of foolishness the Ottomans were a source of greater stability and enabled other states to deal with one overall authority instead of the present multiplicity of petty warlords. Even the Greeks may wish to rejoin.

Perhaps a visionary somewhere might seek to create a new joint authority in the Middle East. It would be a counterweight both to the failing EU and the erratic course of US ambitions and errors. Because of the belief systems it would have within it and the differing cultures it would not be the same as the EU.

It could be a political force to balance Russia and China in a way that India cannot and nor can Brazil or other large powers. If it could achieve both the ability to rule with a sensitivity to the needs of its many peoples then it could act as a catalyst for dealing with the many divisions of these other powers.

If for example it managed to contain rampant usury and demand a moral dimension to international finance it would do us all a favour. If it released science from the control of the mega corporations who have so distorted learning then the medical progress of the old Ottomans could be restored to the present.

Who could be the man to do all this? Tony Blair, your time has come with perhaps Mandy as the Grand Vizier, Gordon as the enforcer, Scimitar Man and Big Ed as the keeper of the harem, after a minor operation. But who would be the Janissaries?

Regretfully, they would not be for me, the Varangian Guard are more in my line.
Posted by Demetrius at 19:02