The Answer To Everything 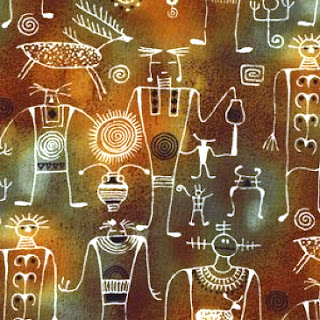 Money and finance have become divorced from the real economy.

It is as simple as that. They have been able to develop a life of their own increasing removed from the realities of getting and spending. “Investment” now is no longer what we understood it was. It is now shuffling digital “money” around, largely figures plucked from the fevered imaginations of the financial sector.

Some of it may find its way into the real economy, much as alimony is paid to former spouses. But in this field it is not a judge that decides the figures it is the guilty party in the divorce.

The trouble is that the money created which leaks out of the system increasingly goes to bought governments and agencies and large commercial firms which pursue policies and actions that allow further extraction of figures which help to churn the money through the computer systems, i.e. the economics of extraction.

Many of the more damaging credit crashes of history, going a long way back, feature this kind divorce in differing ways. The ledger based money, the tallies of merchants or the paper money created goes out of any synchronisation with a real economy and the result is one disaster or another.

In the late 20th Century we got our hands on computers and both speeded up the process and by thoroughly globalising it created digital money that could be whirled through space and time zones in an ever increasing frenzy.

To keep the party going debt was turned from a danger to the lowest earners into a necessity to survive and huge credits urged on people who had little ability either to pay or to manage them. Amongst the wealthy we had casino capitalism with the high rollers going ever higher.

Inevitably, politicians, dictators, civil servants and the rest bought into the wonders of it all both for prestige and personal profit. So most, if not all, of the world’s governing systems are locked into it without any real exit.

In the past empires have collapsed, mass migrations occur, wars and hunger litter the history books and perhaps whole past civilisations began their decay or disasters.

So what are the markets telling us today?
Posted by Demetrius at 18:01