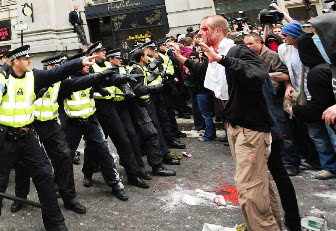 It is a commonplace to suggest these days that we have an “information overload”. That is from the wealth and variety of sources there is now so much to read and study on almost any subject that it is impossible to either absorb it all or really understand what is going on out there.

This starts from the basic assumption that all this material is either reliable or is intended to be reliable. This can lead to difficulty. I may well believe that the moon is made of green cheese and can cull sources from history to support my case. But the weight of evidence would be against me.

Therein lies a problem. The weight of evidence may be in one direction for a number of reasons but as we have learned too often might well turn out to be wrong because there is a built in assumption or theory that turns out to be far from the case.

Think of ulcers and their treatment. In the past it was believed that bacteria could not exist in the stomach or the gut. When a backwoods Australian decided to see if it did the consequence was to undo a great deal of medical practice and theory.

This is science and even in this sphere it is necessary to be careful about what is said to be or not to be. With increasing reports of now how much “science” is controlled by particular interests who want the results to go their way and therefore both the honesty and reliability are in question then these are troubled waters.

When it comes of politics, finance, economics and the realms of “social studies” and the rest in our modern world it is all to play for. In the past the desire for rational analysis and reliable information led to a hunger for figures and facts. For the most part in the early stages the intention was to be honest but as soon as politics was involved then the use made of them became increasingly dishonest.

Essentially, there are three categories of information. The first is that which is intended to he an honest assessment or statement of what is known from which conclusions are offered which are supposed to relate to the information.

Even with this category the information and conclusions are only as good as the original data. If this has taken time to collect and work on then by the time it appears things may have moved on. Whilst the data is not “false” but maybe has flaws by the time it becomes available it may no longer represent reality.

The second category is information put out as data but which often is more opinion or information twisted or used to present support for a policy, action or idea. Often the data might be incomplete, distorted or ordered in presentation to make a case rather than be a rational and impartial analysis.

The third category is information which is deceptive. There are two classes of this, one is material known and intended to be a deception. The other and the very dangerous kind, is where people have in fact deceived themselves to justify what they are doing. That is acting more in hope or theory than knowledge.

When you have a group of politicians or financiers who have more or less abandoned the first two categories and have come to rely almost entirely on the third then you have deep trouble. This is worse when you have the lethal mix of the two kinds that was characteristic of the Blair/Brown years and at present of the EU and high finance in the USA.

Given that so many regimes in the world are deeply corrupt and that so much of finance is about the economics of extraction when their leading representatives come together to decide on the fate of the world when faced with a chaos of their own making then their deliberations are entirely based on false data and false premises.

They do not know what they are talking about or why so the result is likely to be chaos, or rather worse chaos than we have at present.
Posted by Demetrius at 18:07