A Digital Theory Of Money 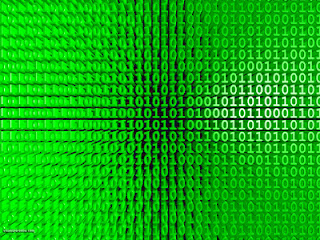 Digital money comes from nowhere and goes nowhere. Anything can happen in between. We do not know how much of it there is or where it is or why.

This is intended to be a short post so explaining all the past theories of money and connected theories of economics in the meantime will have to be skipped. All that needs to be said is sometimes they connect better than others and too often they do not connect at all.

What the economists have said about how things work and how the money men have actually operated and the issue of who is using what kinds of money to what purpose is difficult at all times. It is more difficult during periods of rapid social, political and technological change.

Which is what we have just had in the last couple of decades only this time round it has been speeded up. Moore’s Law (Wikipedia) has come to apply not just to computing but a great many other things arising from their impact.

The notion of “creation of credit” has been around for a while. Simply it was the ability of banks and finance houses to enable credits to be given to borrowers to a greater extent than the assets held by the banks etc. At one time this applied to holdings of “hard money”, physical precious metals or stones, but later became “fiat” money and the figures in ledgers.

When it was largely “hard money” that was acceptable the only way to get it was to dig it up, engage in trade or conquer territories where it could be dug up. This put a number of limitations and constraints on governments in that in the last analysis there had to be physical or trading controls of varying types.

As governments developed and grew in power the shortages of “hard” money arising from their ambitions, growing populations and extending trade meant the use of “fiat” money.

As this began to supplant “hard” money and as “fiat” money came to be under the control of governments we had a phase when politicians could chirp happily on about economic planning and controlling the economy and everything in it and being able to throw money at those things which conferred political advantage.

Having achieved a high degree of control and looking for still more ways to find money to please their clients many came to “loosen up” the regulation and control to let the money men indulge in much more “credit creation”. Governments still thought that their control over the issue of the “fiat” money and some rates of interest would do the trick of keeping matters in hand.

One of the features of governments as a whole in the last three decades has been the astonishing lack of understanding of what computers are and can do; their remarkable incompetence in dealing with their own systems and inability to find out what is really happening out there in all those main frames.

It has not been helped by a matching inability of the top levels of management in very many of the banks and financial companies to understand what goes on. The one thing they did understand was that the geeks together with Professors of Mathematics and hard nosed traders delivered what appeared to be huge increases in both total activity and related profits.

To do this they created beyond the control either of governments or their own top management unlimited amounts of digital money. This came as what appeared to be ordinary money and credits but added to that a huge array of highly complex forms of quasi-money and financial instruments representing an end value of money.

They were able to do this anywhere they wanted, move it about anywhere and at any time they liked and increase it at any rate they chose so long as the figures looked good and convinced the wondering ignoramuses in the Treasuries, the Central Banks, the Boards of Directors and most of all in the governing cabals of the world.

Governments have lost control over the world’s supplies of money and credit. Because of that they are losing control over their economies. As this happens they will begin to lose control over their populations and other people. Quite where this will end is not certain. What is certain is that there are a number of states that have failed and others that are about to fail.

All the old theories or certainties about money, economics and politics are gone.

Those who do create the digital money demand governments pay for their errors and continue to support them. The money men have no interest in either control or the effects of their decisions on ordinary people other than that they have the ability to extract money from them at the bidding of the money men.

It is 28 June 1914; the Archduke Franz Ferdinand of Austria is visiting Sarajevo with his loved wife Sophie. They are not using the old fashioned horse and carriage form of transport. They are in vehicles of the new automobile form of personal transport, said to be faster, more efficient and a more effective way of moving about.

There is confusion in the seating arrangements, one of the cars is damaged and then there is an error in the giving of directions. When the driver tries to reverse the car it stalls, and the political assassin Gavrilo Princip shoots.

The world began to change.
Posted by Demetrius at 13:39