Over The Garden Wall 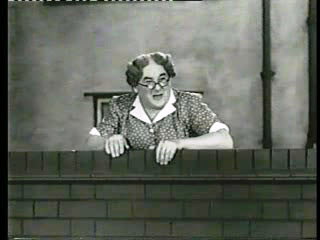 Meanwhile in the USA we have entered a period of twelve months hiatus. This is something that happens quite often, notably when an incumbent President has been having difficulties and it going to have to campaign hard and come up with a lot of popular measures to ensure his (or her) return to Office.

It is a very muddled situation there. The Republican Party has had already a number of persons put forward as potential candidates but none of them seems to convince either their own party or most of the voters. The voters want somebody to cut the cackle and do the business but are getting too much cackle and too little sense.

President Obama is in trouble because the USA was in deep trouble when he took over. It has not got any better and the signs are that it is not going to. The debt is still rocketing, large areas of the economy are badly stressed and he has not had either the ability or the chance of picking the kind of team he needed. But there are no Democrats in sight able to challenge him.

And things keep happening, as they do. In most countries this may matter less but in a country where religion is a major deciding force then the wrath of whatever god is in a bad temper is to be feared. Geophysicists, who are wise enough to keep their heads down may worry but prefer to explain after the event then to warn before.

As the USA is very big and straddles a continent between the Atlantic and the Pacific the chances of something changing that will be inconvenient to humans in the area is higher than in most places. It could be anything, but the hot money (sic) is that in the mid West there could be a long drought impending.

The USA also has a failed state to the south, Mexico, which is exporting its troubles to a number of States in the south west of the USA. In the Caribbean a number of small places could suddenly demand a lot of expensive attention.

With all this and the increased dependence on Chinese money and other Asian inputs the USA has now turned West (again) to its Pacific neighbours and is looking to keep some sort of lead and initiative.

This will not be easy. In my experience creditors do not take kindly to debtors who lecture them. They will not the pushover that so many European states have been in the past.

This had led the USA not so much to withdraw from Europe but to regard it as a kind of maiden Aunt who is suddenly in need of care. All its eccentricities have now become intolerable and something to stay away from and they can’t be trusted with the money any more.

Which is unlucky as Wall Street is embroiled with the City of London and parts of Europe to the same extent as it ever was and to the same effect. President Obama may want to politically steer clear of European troubles but Wall Street will not let him. This could become very complicated if the Eurozone crisis worsens.

Also Wall Street is involved in the same network of tax havens and the same shifting of money and capital as are the The City, the Swiss and others notably amongst the big international magnates who call the shots. Enter the Russians, the wild cards in this great game of the 21 Century.

We should remember that the backyards of Russia and the USA overlook each other and there are signs that like housewives of old they have begun to chat over the garden wall away from prying eyes and ears.

So when we look at our own media and see the stories that are being covered the one thing we should really know is that we are being neither informed or advised about the USA and its problems and therefore very little of the reality of our own.

Anything can happen and will.
Posted by Demetrius at 15:42