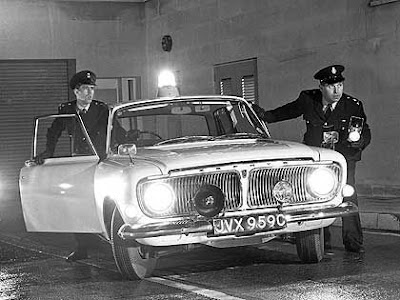 Is it possible that there is now a real problem relating to the use of breathalyser devices to measure motorists to test for alcohol in their system, assumed to be from drinking one beverage or another?

In one old film the sneaky villain boasted that the coppers would never catch him because he could smell them coming. In that age he could have been right if his senses were sharp enough. When policemen were on the beat they carried with them the distinctive aroma of well worn feet in well worn socks in well worn boots. In the days of shortages and high cost clothing men might only change their linen once a week, at the time of the bath or more likely wash down at the kitchen sink.

The trouble today is that many police officers smell a great deal stronger than they ever used to due to the extensive use of spray male deodorants and related cosmetic products. They might also work in premises with “air freshener” devices, some of which are very strong and are made to cover wide areas. Moreover their vehicles might also have such devices and also will be contaminated from use.

It goes further than that in that nearly all the products of this kind today are chemically engineered to have high impact on the sense of smell; that is an immediate effect on the brain function. Additionally, they are made to carry long distances and to adhere indefinitely, with many of them once contamination occurs it is virtually impossible to wash out.

Recently, simply walking around town by polic officers or passing police cars parked I have caught a strong waft of one product or another. So as in the days of old you can smell them coming, only today it is not necessarily quite so distinctive.

But there is a problem. Many of these spray and freshener products contain ethanol. This is used as a bulking item, a carrier substance, an antibacterial, and an enhancer to the aromatics and adherence elements. Ethanol is a form of alcohol and a favoured biofuel. Also, despite the manufacturing processes involved as so much comes from corn crops it can be called “natural”.

In short many of our friendly neighbourhood police officers are personally heavily contaminated permanently with alcohol related substances. This will be on all their clothing, on their skins, possibly on their breath and necessarily on any of their items of equipment, notably the breathalysers.

To make it worse if a suspect is hauled off to the choky for blood samples he may well have to wait hours in a heavily polluted environment before the blood sample is taken, possibly by a medical officer who is just as contaminated.

When people claim not to have been drinking or drank many hours ago when their tests show a high level in the blood this is often put down to variations in the metabolic rates, the consumption of foods with alcohol content that the person was not aware of, or if it is some hours that they may have taken in more alcohol than they thought etc. etc.

It does not seem to have dawned on any defending solicitors or other legal authorities that if there are now high levels of ethanol pollution in the air and moreover not only police officers but their premises, gear and cars might now be impregnated with ethanol strong products there are issues arising.

Honest guv, the ten pints I had were all lemonade its me personal fragrance what done it.