Gordon Brown - Has He The Guts For The Job? 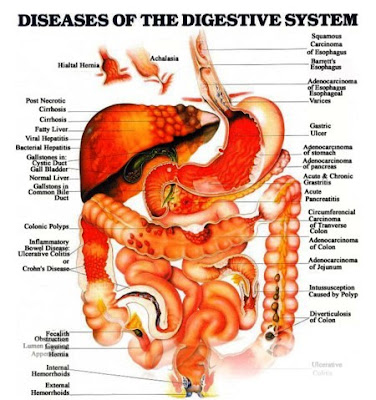 A condition may have complex causes and each cause might have complex and variable effects. If a condition arises its effects, which may be variable, might become another causal factor. Consequently reactions that create a condition whilst appearing to be simple could interact in unexpected ways. There could be a chain reaction.

The human body and especially the brain are very complicated bits of kit and most of the parts are connected to the other in a way that is either essential to existence or to the reliable functioning of the whole. This being so is why I have always been resistant to easy and simple psychiatric or psychological interpretations of how a person behaves or reacts; especially in terms of neurology and body chemistry.

Which brings me back again to Gordon Brown to examine the flurry of argument about him, much of which concerns his mind games and function. What else could be going on that could have an impact that affects his behaviour?

The question of deafness has been raised. Given the conventional attitude to the deaf it is understandable that a sufferer is often reticent about it. Indeed many men I have known who have had serious impairment have resolutely refused to admit to the problem or to do anything about it. Gordon Brown could be vulnerable.

This has its dangers. One is when the deaf person simply turns up the sound oblivious to the fact that the more sound the more damage occurs because it has physical impact on the hearing system and the brain. The other is that recent research based on scans suggests that people suffering from significant untreated hearing loss can suffer attrition of that part of the brain that deals with social interaction.

This is a large question, but I am moving from the brain to the belly. There are three possibilities. I have to deal with them separately for the sake of clarity but they can interact, see the first paragraph. They are gluten, intolerances, and flavours.

For gluten CoeliacUK and the Celiac Society (USA) have plenty of information and a trawl of the web will reveal much more. Gluten reaction can kick in at any age and at any time the immune system takes a bad hit either from substances or from a virus or other infection.

When it does in the UK it is rarely diagnosed early unless the sufferer is unusually lucky with their GP. As IBS is now so fashionable it is almost the default response. But IBS is not a disease or a cause it is a convenient description covering a number of symptoms on the basis of which a prescription may be issued and a box ticked.

The trouble is that the longer and worse the gluten problem continues the greater the damage done to the gut and to the mental health of the sufferer. The experts on this believe that the number of people currently experiencing gluten problems is much larger than is believed. They may well be right as not only are people today taking in much more gluten than in the past but the development of wheat grains has made many of them much stronger in gluten.

Next up is food intolerances and in this context I will stay with dairy & lactose. This is another field of reactions growing in number again probably because of the way our diets have changed. Add to that the amount of dairy based material in many packaged and other foods together with the increase in beef and products and it is not surprising that many more people are reacting to one degree or another. Again not much of this is ever diagnosed or realised. Hooray for IBS and all the pills and potions.

Last and far from least are the flavourings and flavour enhancers, notably MSG. It is now becoming more and more difficult to find processed or packaged foods that do not have a strong whack of something. They are so easy and cheap to use for the manufacturer and the skills of modern chemistry means that in terms of taste only they are difficult to spot. Also, they can appear in “natural” foods if the products have enough natural elements to justify that claim.

For those who do react, however, they are all too easy to spot, notably the bloating and wind an hour or so after the breakfast sausages and bacon or at other meals. That is if you know about them or realise that is what is doing it. Again these, although allegedly limited in quantity of bulk, have been engineered to have greater impact and to dominate the taste buds.

A dangerous feature of modern retailing is the high level of contamination of food products by polluting levels of the related synthetic fragrances in the air. The power, capacity for adherence and lasting features of these are now in the food chain. Do you really want a large dose of Lynx on your organic tomatoes?

So when we now take a close look at Gordon Brown’s entrails there could be things going on there that neither he nor his closest advisers expect. Unluckily, it is very likely that the doctors he talks to will not have the faintest idea that any of the above might be an issue and even less idea about their potential complexity. If they are giving him the usual stuff it might damp down the effects but they will do nothing to help his body and brain.

Alas, if history is any guide he will join a long list of UK Prime Ministers who had neither the brains nor the guts for the job.
Posted by Demetrius at 16:37