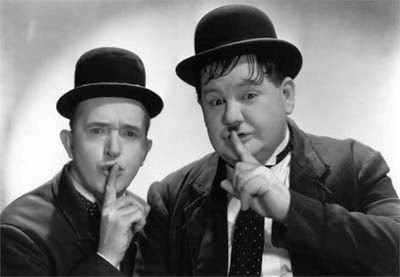 The prospect of a “hung parliament” is alleged to be spooking the markets as well as creating serious uncertainty about who will rule, how, and with what intent. Given the state of the economy and the international situation politically it could be equivalent of the London Smog of 1952. This occurred at another time of finely balanced politics in an uncertain world where we were fighting in faraway wars.

One of the conventional fictions of UK political theory is the idea of the Two Party System where power might be exercised by one of two major groups who lend powers of decision and political direction to the business of government. The story of our Parliament since the Civil War is far from this. It is a long story of political division and often chaos presided over by office holders from a House of Lords that is by definition unrepresentative and a House of Commons that has never yet been representative of the people as a whole.

Women under 30 did not vote until 1919, or at all until 1918. Until 1885 only a minority of adult males could vote, from 1867 a substantial minority, from 1832 to then a small minority, and before then even smaller numbers very unevenly distributed around the Shires and the Boroughs.

The political parties then and since have been based substantially on a constituency basis that in the 20th Century became single member with a simple majority of votes.
It is my view that this constituency system, which sometimes did allow a party a “working majority”, has in fact put power into the hands of two parties whose parliamentary representation in no way reflects either the electorate or many of those who vote for them.

I would like to go on at length at the way the geographical spread and basis of the Labour held seats have lead to gross imbalances which the national party has not been able to address. Similarly, the Conservative Party often has been ruled by narrow groups not only unrepresentative of their base, but dismissive of their needs.

There are three other problems. One is the concentration of political, financial, media, and economic power in London that has captured so many politicians and governments in the past, think of Ramsay MacDonald and the Duchesses. Another is that the parties have not been coherent within themselves, either in doctrine or policy, and the third the baneful effect of the “marginal constituency” factor in how elections might be won or lost.

All these together have meant that for too often in the past and increasingly in the present we are governed by a nasty form of dictatorial Cronygarchy which has both secrecy and falsity at the centre of the way it operates. The choice we have is between one type and another in other words voting for the least worst choice. The political debate more often resembles that of the exchanges between Laurel and Hardy as they stagger from one catastrophe to another.

One of the advantages cited about the constituency system was that it handed real choice to the local parties in the selection of candidates. In a time when parties had large local memberships who had effective debates this could have been true in many cases. In some, however, factionalism and deference might count for more and in others the need for compromise. Today, with local memberships having shrunk and with so many of them there for personal advantage we have all the disadvantages of the Party List method without the advantage of creating them.

Looking at the hapless crews of humanity that the party leaderships have with them when they venture out to speak in public it is not encouraging. The lot behind Cameron at Brighton looked as though they had strayed in from a lecture on dog walking or were attending a recruitment campaign for door to door detergent sales. Those with Brown looked as though the head doctors had been at them first with a large syringe full of happy juice.

We do not simply need a new government, we need a new constitution, a new electoral system, effective means of exercising choice, reliable access to sound information, breaking up the London Cronygarchies and the will not to change Hardy for Laurel but to radically reorder our chances to control our own futures.

Now where is the DVD for “Sons of the Desert”? Anything must be better than the BBC News.