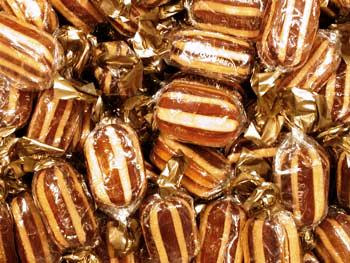 Watching politicians make fools of themselves on C4 Dispatches in Monday’s item on lobbying was instructive and predictable. Those of us who believe that the nation has been sold out to outfits with little or no interest in our actual welfare or futures will have had all our prejudices confirmed. Of a choice set of offerings I vote for Hoon The Hopeless cosying up to American Private Equity Companies to assist in their impending takeovers of European national defence champion firms.

Coming in the same week that the government announce that light tank production is to go to General Dynamics of the USA rather than BAE is intriguing. Does that mean that BAE is heading for the financial knacker’s yard and a sell off to Americans? Or is it to ensure that Gordon Brown gets to do a big TV interview with President Obama during the election campaign?

Hoon was rabbiting on about strategy. Has he any clue what it might actually mean or imply? If you want something serious on this I picked up on the Economic Road Map dot com web site called “When Giants Fall” (allied to Financial Armageddon) of Mark Panzner on March 20 an article “Peering Out To The Future” referring to a UK Ministry of Defence Document “Global Strategic Trends Out To 2040” available for download. It is 169 pages long and full of interesting comment.

So when we read all about it concerning politicians putting a price on their services, all I can do is give a weary sigh and ask what does one expect of politicians? When Parliament began under the feudal system the number of Lords was tiny and most either related or closely connected to the Crown.

They were the ruling House and the House of Commons was there to be consulted and informed. This was composed of the Knights of The Shires and even the Boroughs were represented by landed interests. The leading Knights were either related to or part of the network headed by the Lords. They were all in each others pockets.

By the time of the Tudors and Stewarts some of the Boroughs were sending leading merchants and burgesses into the House of Commons, but they in turn were linked through their trading and money dealings with the landed class. During the time of the Tudors and Stuarts anyone with enough money and clout could buy themselves a monopoly or get a Charter of Incorporation for control over some economic activity.

King James I of England and VI of Scotland was more careless than most. Selling off a key part of the wool trade to one City man wrecked one of the basic parts of the economy with the unintended consequence of triggering fiscal problems worsened by his high level of public spending. He might argue that Masques and Pensions acted as a stimulus but it did not work. The fall in the tax revenues and blunders in trying to correct it set off the long fuse that led to the Civil War.

By the 18th Century the political system had evolved further and then depended on a highly complex landed and monied City based Cronygarchy operating more openly but no more efficiently in the name of freedom. This was restricted to males in the richest five or so per cent of the population. The Reform Act of 1832 began to let in many more from finance and commerce to the House of Commons and some of the richest strayed up to the Lords.

This did not change the pattern of a lot of people still very much in each others pockets and this continued until 1914 by which time members of the House of Commons had gained a relatively small income essentially to cover basic London expenses. In the 1880’s running Egypt was handed over to a Baring to restore our lost investments. The Boer War was triggered by the gold and diamond mining interests and by this time the network was becoming looser, fractured and more complicated, the Marconi Scandal was a case in point.

In the 1920’s we had Maundy Gregory in action with peerages for sale and in the House of Commons constituencies could be often bought. By the 1930’s it was major industrial companies and the press barons that ruled with people like Rex Mottram of Evelyn Waugh’s “Brideshead Revisited” around. Money still talked and even Ramsay Macdonald was taken on the ride. By this time the growing Labour Party had developed its own networks in the Trade Unions and local parties.

In the 1950’s Big Tobacco ran the Tory party, between the Treasury revenues and marginal constituencies in Bristol and elsewhere the health people could go and whistle. Along with the bosses of the major industrial firms and the leading City firms the Tories went one way and the Labour Party went another. Unluckily under New Labour and its pressure to change everything the Tories lost the money men to Labour who let them off the leash and industry to the state Quangos.

So now we have an unholy mess and in many ways we are going back to 1603 with a Commons full of placemen, a Lords full of cronies, power given over to an elite of money and land and a Parliament under the thumb of a big spending dictatorial state that will allow no opposition or criticism.

Wandering through the concourse of Waterloo Station on Monday I saw something that at one time would have fulfilled one of the highest ambitions of life. It was a sales point devoted to selling humbugs and there were jars of them of all shapes and sizes. I had to pass it by, the remains of my teeth, never mind the digestive system, are no longer up to it.

The area around Waterloo Station had been one of the more downmarket areas for those looking for ladies described as “tarts” until the Butler reforms of the late 1950’s. The ladies in the vicinity were popularly known as “Tuppeny Uprights” available for servicemen in a hurry to catch a train. Economically this was a classic example of profiting on the basis of low price and high turnover.

There is a story of some American Airmen, rather better paid than our own, during The War making their way to Westminster Bridge, usually kept clear of such ladies and asking a constable where all the real “tarts” were. He put his thumb over his shoulder in the direction of the Palace of Westminster saying “There are all in there but they cost too much for you lot”.

This could be a very old chestnut, one can imagine a clutch of Scots profiting from the accession of King James to the throne in 1603 wandering along London Bridge looking for company, not finding it then asking the Watchman where the “tarts” are and he points to the Globe and Rose theatres making much the same comment. It might explain why The Bard did so well from his enterprises.

One way or another the majority of our modern politicians are in essence “tarts”. They are very inefficient, rarely deliver what they promise and very expensive. If we want more open and better governance then we are going to have to change the system quite radically. This means a new constitution and new representative bodies. If you care to call it that, I mean a revolution.

All we are getting at the moment is humbug and more humbug by the jar. The latest row about naughty men and women making promises for money are almost beside the point. In the MoD publication referred to above on Page 91 in a chapter dealing with Strategic Shocks it refers to issues arising from the collapse of “Pivotal States”. It gives several possibilities.

The one it should mention and does not is the United Kingdom.