Weather Report - Your Guess Is As Good As Mine 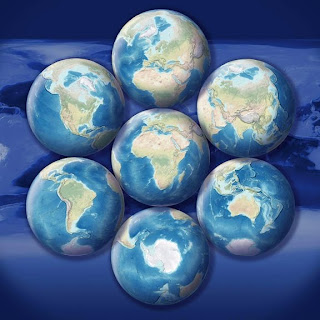 The debate over climate is being increasingly heated. Revelations over hanky panky with the figures relating to Global Warming by research grant seeking scientists seeking to survive in a world of contracting university spending with government money have livened up matters. The air has turned blue with critical comment.

The doubters and opponents of climate warming have taken heart and launched a Counter Reformation. Unluckily, many do not comprehend that if the world is not about to warm up catastrophically it will not stay as it is climatically. They have the happy belief of little children who think that things can always be the same, or politicians looking at the opinion polls and buying time.

Despite all this the natural contrarians, those who think we could be in for a bout of Global Cooling have been sidelined. They have been heartened by reports from one group of scientists that at the time of the Younger Dryas, the vicious goodbye of the last ice age about 12,900 years ago, the transformation from a warming world to a frozen one took but six months.

That is by next June the populations of the earth north of say 40 degrees or so and south of the same could have all departed for the equatorial regions. The world economy and monetary systems would have collapsed, as well as any effective government. Africa would be like Waterloo Station in the rush hour.

The problem is that there is so much information available about conditions in the present world and it is so complex that not only accessing it all is difficult, it challenges understanding and analysis. The one certainty is chaos. In this morass of debate, it is easy for the ordinary man, the wheeler dealers, and the trimming politicians to avoid and delay decisions. There seem to be no clear answers and no clear future.

But the past can be examined with a greater degree of insight, and that tells us the climate, and weather patterns change radically. In its life Earth has experienced many severe changes, and never stays the same. It even wobbles on its axis, and can change its magnetic field. One good big volcanic bang could do the trick without worrying about large things from outer space.

There is now enough information on this subject to convince all but the most ardent creationist. We can be certain is that the future climate in general and/or weather conditions in detail, short or long term are not going to remain as it is or how we would like it to be. Species have come and gone in the past. Some went suddenly, and others often after a painful period of decline. There have been humanoid species in the past that are no longer with us.

If it is the developed countries that are responsible for global climate change, then not only do they have to change and fast, but the undeveloped ones will have to stay as they are or contribute to any reductions, as there are a lot of them. Most of us in rich places may have had motor cars, but it is not enough on grounds of equity for us to give up ours if other nations with large populations promptly replace them.

For those over sixty, it is very tempting to say “What the hell” if that is where we think we are heading with any global warming of the future. However in the Norse myths hell was a frozen waste, and we could be heading there.

Ragnarok and Niflheim here we come.
Posted by Demetrius at 17:33