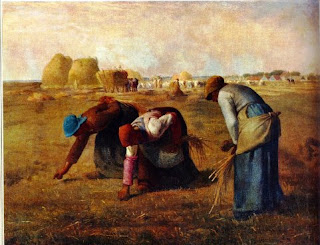 Below are three extracts from an interesting article, dealing with the six major economies, the USA, Japan, Britain, Germany, China, and France. They do not make happy reading for the UK.

The worst budget balance of the three deficit countries is in Britain, where the forecast budget deficit for calendar 2009 is a staggering 14.5% of GDP. Furthermore, the Bank of England has been slightly more irresponsible in its financing mechanisms than even the USA Federal Reserve, leaving interest rates above zero but funding fully one third of public spending through direct money creation. Governor Mervyn King has a reputation in the world's chancelleries as a conservative man of economic understanding.

He doesn't really deserve it, having been one of the 364 lunatic economists who signed a round-robin to Margaret Thatcher in 1981 denouncing her economic policies just as they were on the point of magnificently working, pulling Britain back from what seemed inevitable catastrophic decline. King's quiet manner may be more reassuring to skeptics than the arrogance of "Helicopter Ben" Bernanke, but the reality of his policies is little sounder and the economic situation facing him is distinctly worse.

Britain has two additional problems not shared by the United States and Japan. First, its economy is in distinctly worse shape. Growth was negative in the third quarter of 2009, unlike the modest positive growth in the U.S. and the sharp uptick in Japan. Moreover, whereas U.S. house prices are now at a reasonable level, in terms of incomes (albeit still perhaps 10% above their eventual bottom), Britain's house prices are still grossly inflated, possibly in London even double their appropriate level in terms of income.

The financial services business in Britain is a larger part of the overall economy than in the U.S. and the absurd exemption from tax for foreigners has brought a huge disparity between the few foreigners at the top of the City of London and the unfortunate locals toiling for mere mortal rewards. A recent story that the housing market for London homes priced above $5 million British pounds was being reflated by Goldman Sachs bonuses indicates the problem, and suggests that the further deflation needed in U.K. housing will have a major and unpleasant economic effect.

The other question to be answered for all three countries is that of political will. If as is certainly the case in Britain, deficits at the current levels will lead to default (albeit not for some years since the country's public debt is still quite low), then to avoid default tough decisions must be taken. Britain is in poor shape in this respect. Its current prime minister, Gordon Brown, is largely responsible for the underlying budget problem, having overspent during the boom years, largely on added bureaucracy rather than on anything productive or value-creating.

However, the opposition Conservatives, likely to take power next spring, are led by a center-leftist with a background in public relations and no discernable backbone or principles. Britain has a history of such leaders, which it has managed to survive – the ineffable Harold Macmillan, in particular, who wanted to abolish the Stock Exchange and contemplated nationalizing the banks when they raised interest rates, was a man of outlook and temperament very similar to David Cameron's. Macmillan was notoriously prone to soft options that postponed economic problems, firing his entire Treasury team in pursuit of soft options in 1958 and leaving behind an appalling legacy of inflationary bubble on his retirement in 1963.

If Cameron is truly like Macmillan, his government's response to economic and financial disaster will be one of wriggle rather than confrontation. With neither party providing solutions to an economic crisis, the British public is likely to discover that, unlike in the crisis of 1976, no solutions will be found. Default (doubtless disguised as with Argentina as "renegotiation") would in that case inevitably follow.

Does anyone know where I can get hold of some cowrie shells?
Posted by Demetrius at 18:40