Europe & Baroness Ashton - Blood Will Out 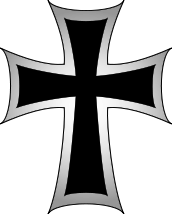 There have been critical remarks about the provenance of our Baroness Catherine Ashton of Upholland arising from her elevation in the New Europe. That she has not been elected and is a New Labour quangocrat is only to be expected. However, the old elites and their associates should not assume that as Jeeves might put it “she is distinctly of the lower orders”. Those who have trawled the wilder shores of social mobility, demographics, genealogy, and the Burke’s publications in the past know that family is not always what it seems.

Her immediate family may have had little fortune or estate, but in earlier generations it is unlikely that they will be all of one class, creed, or ethnic group and will be scattered in geographical terms. Also, as the genealogists put it, you need only one “gateway” ancestor to take you into unexpected lines of descent.

What are the possibilities for Baroness Ashton? Ashton is a place name that occurs in more than one place in Lancashire, and elsewhere, so great care is needed. In the patch of Lancashire of her birth and upbringing there is Ashton in Makerfield. If we assume that several generations back there was a good scattering of families in that general area in her ancestry, what then? One obvious name is that of the ancient Assheton’s. Sir John de Assheton of Lancashire, who died in 1428 was one of a family who left a considerable number of descendants in cadet lines, and whose marriages connected them to most of the old aristocracy.

Allied to other families with wealth from trade and industry who became Gentry a few went on to be magnates of the 18th and early 19th Century. Daughters carried their wealth into the old landed Aristocracy and enabled some to maintain a position in Society at the highest levels. One such noble family were the Earls of Strathmore and Kinghorne, that of the late HRH, Elizabeth, Dowager Queen Mother. She was insistent that she was of good family, and this does include the Assheton (Ashton), Bagshawe, Cartwright, related families and others in Lancashire and Cheshire and area some of whom had risen from the Medieval peasantry.

What is intriguing is that Baroness Ashton chose Upholland as her title. There could be a number of reasons for this. One is that for some time it was the location of a major Roman Catholic Seminary, and Archbishop Kelly of Liverpool was educated there, but to return to the family question. We are talking major ancestry, the Holland family of Lancashire were of the highest in the land in the 14th and 15th Centuries, they married into the Plantagenet’s and are ancestors to all our present Royals and almost the whole of the ancient aristocracy by one marriage or another down the ages.

They will have spawned others than aristocrats or members of the upper middle classes. The effect of substantial downward social mobility over twenty generations will have led to large numbers of descendants in the lower classes, whether they know it or not, and whether they like it or not. Is the taking of the title of Upholland by Catharine Ashton a coy recognition of this and a statement that she too amongst many others has a claim to the throne?

Moreover, the father of the Sir John Assheton above, also Sir John Assheton, was a Lancastrian and with John of Gaunt, Duke of Lancaster, in Spain in the late 1380’s in pursuit of Gaunt’s bid to become King of Castile. Then he was close to Bolingbroke, King Henry IV, so did he ride with him in the Lithuanian Crusade under the banner of The Teutonic Knights? This was a truly European Crusade; the Baroness would be heiress to a long tradition.

One reason why I would be delighted if Baroness Ashton were descended from the Sir John de Assheton who died in 1428 is that he fought at Agincourt in 1415 and is said to have commanded troops. What better recommendation could she have that in their time her family and their followers massacred most of the French elite and their mercenaries?