Financial Affairs - The Return Of The Red Shadow 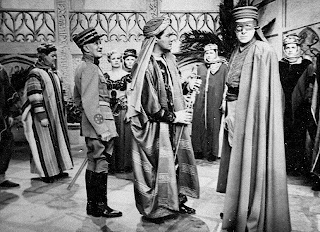 There have been a number of suggestions in the last few months about whether the government might abandon the pound and join the Euro zone. Up until recently, I have thought that this could be unlikely in the run up to an election, because of the obvious disadvantages to a party attempting to recover support. If Labour did retain power, then would be the time to make that move, whether or not it was in any manifesto or conflicted with electoral promises.

Those with fewer teeth and less hair will recall that during 1987 and 1988 Nigel Lawson, then Chancellor of the Exchequer attempted to shadow the Deutschmark in the money markets in the attempt to prepare the UK for admission to the then European Exchange Rate Mechanism that preceded the introduction of the Euro. It has been said that Margaret Thatcher, being busy with world affairs, poll taxes, and Defence was not aware of this, and was less than happy when she found out. So the UK went into the ERM later at the wrong rate and then, inevitably, crashed out.

What has made me change my mind is what is not happening, which is often more important than what is. Things which should be happening in the markets, money, currency, finance, trade and the rest are not moving either as they should or according to most known economic principles, notably Keynesian. Which brings me to Goodhart’s Law.

Although Goodhart's law has been expressed in a variety of formulations, the essence of the law is that once a social or economic indicator or other “surrogate” measure is made a target for the purpose of conducting social or economic policy, then it will lose the information content that would qualify it to play such a role. The law was named for its developer, Charles Goodhart of the LSE and formerly a Chief Adviser of the Bank of England.

The law was first stated in a 1975 paper by Goodhart and gained popularity in the context of the attempt by the UK government of Margaret Thatcher to conduct monetary policy on the basis of targets for broad and narrow money, but the idea is considerably older. It is implicit in the economic idea of rational expectations. While it originated in the context of market responses the Law has profound implications for the selection of high-level targets in organisations.

It has been asserted that the stability of the economic recovery that took place in the United Kingdom under John Major’s government from late 1992 onwards was a result of “Reverse Goodhart's Law”: that, if a government's economic credibility is sufficiently damaged, then its targets are seen as irrelevant and the economic indicators regain their reliability as a guide to policy.

What I believe is happening now is that between them the Government and the Bank of England have a policy of “Shadow The Euro” that they are not admitting to, and by managing the markets for long enough, they can persuade the major powers in Europe that the pound joins the Euro Zone at something near parity, possibly below. The time to spring this on an unsuspecting public would be perhaps at the turn of the year, with the announcement maybe during Hogmanay, unless there was a high profile disaster or death that might prove convenient.

This would happen because Gordon Brown will have given up on the chances of Labour retaining power. Entry into the Euro Zone would create an impossible situation to address in the event of a hung Parliament and would continue by default. If the Conservative Party were to win, then they really would be faced with a Scorched Earth economic situation, as well as having a divisive effect within their own party. As for the Scottish National Party, between the Lisbon Treaty and the Euro Zone, they would be hamstrung in the event of “independence” and faced with some ugly and expensive choices.

Another worry is seeing the wreckage around the whole of government arising from the incompetence and failures of this administration, it is quite possible that they will botch the whole business of shadowing the Euro, and the consequences could be severe. If they did enter the Euro, then it is almost certain that they will to do so at a level that could be catastrophic for the long term UK economy.

We have learned very recently that the senior figures in the Labour party in the early 1980’s, notably Comrades Foot and Kinnock, who has drunk deep in the wells of Brussels, are alleged to have asked the Soviet Union for support to overturn the Thatcher Government. They were encouraged by the TGWU and other unions, who were Communist infiltrated and assisted by the KGB.

These unions had key influence in a number of Constituency Labour Party organisations and could determine who would be selected as candidates for Parliament. One was Dunfermline East in 1983, and to borrow Lenin’s term, the “useful idiot” they selected was Mr. Gordon Brown. To add a touch of spice to this has been the recent suggestion from Russia that the New EU has the Soviet Union as its model.

Which rather makes Gordon “The Red Shadow” of British Politics.
Posted by Demetrius at 14:59