The Age Of The Looter 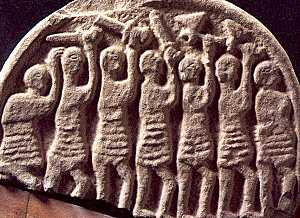 One of my world weary attempts to explain things to people is that the “ism’s” they either like to believe in or fiercely oppose are not what they think they are and the reality is entirely different. “Free markets” and “capitalism” in their theoretical forms are just common examples of the many bundles of ideas or ideologies which have little or nothing to do with the way it all works in the modern world.

This is brought to mind by posts in The Burning Platform dot com, click on search, and then click on page 21. Jim Quinn asserts that oil prices are governed not by free market trading, or indeed by decisions of the OPEC cartel, but essentially by a huge racket run by a group of major firms. Gathered together in the Intercontinental Exchange (ICE) which includes Goldman Sachs, Morgan Stanley, BP, and others there has been large scale manipulation of pricing with complex movements of money that have effectively controlled the price levels. By managing them up and down, the companies involved between them have creamed off trillions of dollars. In effect this is looting the vulnerable economies, developed and undeveloped, on a large scale.

Similar techniques have been applied to other commodity markets. In short the prices of many key goods have little or nothing to do with real demand or supply for normal economic purposes, but everything to do with achieving the best margins available in the financial, trading, and speculative mechanisms. This is not pure speculation which has a function in true free markets, but controlled speculation that is not designed simply to win, but to extract as much as the market will stand. Nor is there free and full information in the sense that is regarded as essential to free market. There is secrecy both in ways and means.

Our legislators and governors are supposed to protect us from looting of this kind, and malpractices that have the same effect. But through the lobbies, cartel and protection organisations and the rest many of them have been bought. It is common in the USA for the Congressional Record to be filled with speeches essentially ghost written for the Senators and Representatives by the lobbyists. It is much the same in the UK, one way or another. Allied to this is the way such organisations have the major media largely in their control by the weight and influence of their public relations machinery, and again their buying of the system. Wherever you may go, markets in the globalised age are now governed, despite what appears to be a wealth of information.

The trouble is that these governors do not know what is going in their organisations. They are too big, impossible to control or manage other than by setting financial targets, and so complex that their very function creates risks at such a level that they court chaos and danger every day. It is a bout of chaos we have experienced recently in the credit crunch, and there is more to come. But institutionalised looting is not new in human history. The Feudal System was one form of looting by inter related magnate dynasties in Europe. The Roman Empire was another, for all the gloss of “civilisation”. It might have been “diverse” but it was dependent on slaves and rapacious political control. The trouble is we do not see so much of the past as politically and economically a variety of means of looting others. We tend to limit our ideas to the Vikings, another collection of gangs on the make. I quote from Hurstwic, a New England Viking re-enactment group.

The aspect of Norse society that most captures the modern popular imagination is the Viking raids. The historical records of Europe (written for the most part by the educated clergy who often were the victims of these raids) called the raiders "a most vile people". But the raiders themselves certainly didn't hold that opinion. To them, the raids were a normal and desirable consequence of the pressures on a growing society and of the religious beliefs of the time.

In the mind of the Norse people, raiding was very distinct from theft. Theft was abhorrent. According to the Norse mythology, theft was one of the few acts that would condemn a man to a place of torment after his death. On the other hand, raiding was an honorable challenge to a fight, with the victor retaining all of the spoils. A story from chapter 46 of Egils saga Skalla-Grímssonar illustrates this distinction. While raiding a coastal farm, Egill and his men were captured by the farmer and his family, who bound all of the raiders. In the night that followed, Egill was able to slip his bonds. He and his men grabbed their captors' treasure and headed back to the ship. But along the way, Egill realized he was acting like a thief, which was shameful. So, he returned to his captors' house, set it ablaze, and killed the occupants as they tried to escape the fire. He then returned to the ship with the treasure, this time as a hero. Because he had fought and won the battle, he could justly claim the booty.

Raiding was a desirable occupation for a young man, although a more mature man was expected to settle down and raise a family. This view of raiding is described by Ketill to his son, Þorsteinn, in chapter 2 of Vatnsdæla saga. Ketill was not pleased that his son had taken no initiative in rooting out a highwayman working nearby who had killed dozens of travelers. Ketill said to his son, "The behavior of young men today is not what it was when I was young."

He said that it was once the custom of powerful men to go off raiding, in order to win riches and renown for themselves. Even if sons inherited their family lands, they were unable to sustain their high status unless they put themselves and their men at risk and went into battle, winning wealth and renown for themselves. Raiding increased a man's stature in Viking society. A successful raider returned home with wealth and fame, the two most important qualities needed to climb the social ladder.

There is nothing new under the sun. Let us see these mega corporations and their political affiliates, allegedly our elected governments and international organizations, for what they really are and the tradition they truly serve. They are the looters of our time and this is the Age of The Looter. When it will end is an interesting question. If we have reached and perhaps passed Peak Oil, and peaks of other key commodities, the debate rages, and population continues to rise at its present rate then there will be another breakdown of societies, irrespective of whether Earth is warming up or about to cool down.

So a shopping list, one double headed axe, one six strand sword, double leather jerkin, shield, a Sutton Hoo type helmet, a long well found vessel ready for use, and a few other things. Anyone for the “Skylark”?