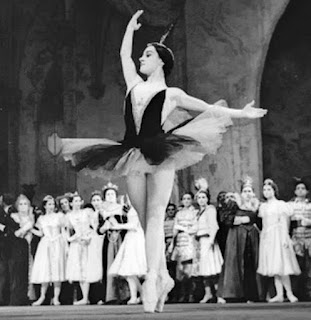 Still going on about Stalin etc. Russia was a very strange place to be in his time. In the middle of all the mayhem, the political and the military struggles and conflicts the Bolshoi Ballet danced on and Stalin watched.

This was a favourite among the performers, Olga Lepeshinskaya, and her history tells us a great deal about what it was like to live and work in the Moscow of that period. Youtube has clips of Stalin at the ballet.

At the top you have a protected and absolute elite which then included the ballet and we now know what it was like for those at the bottom and especially in the gulags and housing blocks.

And all the never ending queues.